wHHoops I owned it again: The curious tale of the Royal HH

There once was a 1954 Royal HH. Back in April 2012. I bought this almost a full year before that first Breaky Creek type-in and I knew almost nothing about typewriters. Taking it home, I found it to be relative seized up. 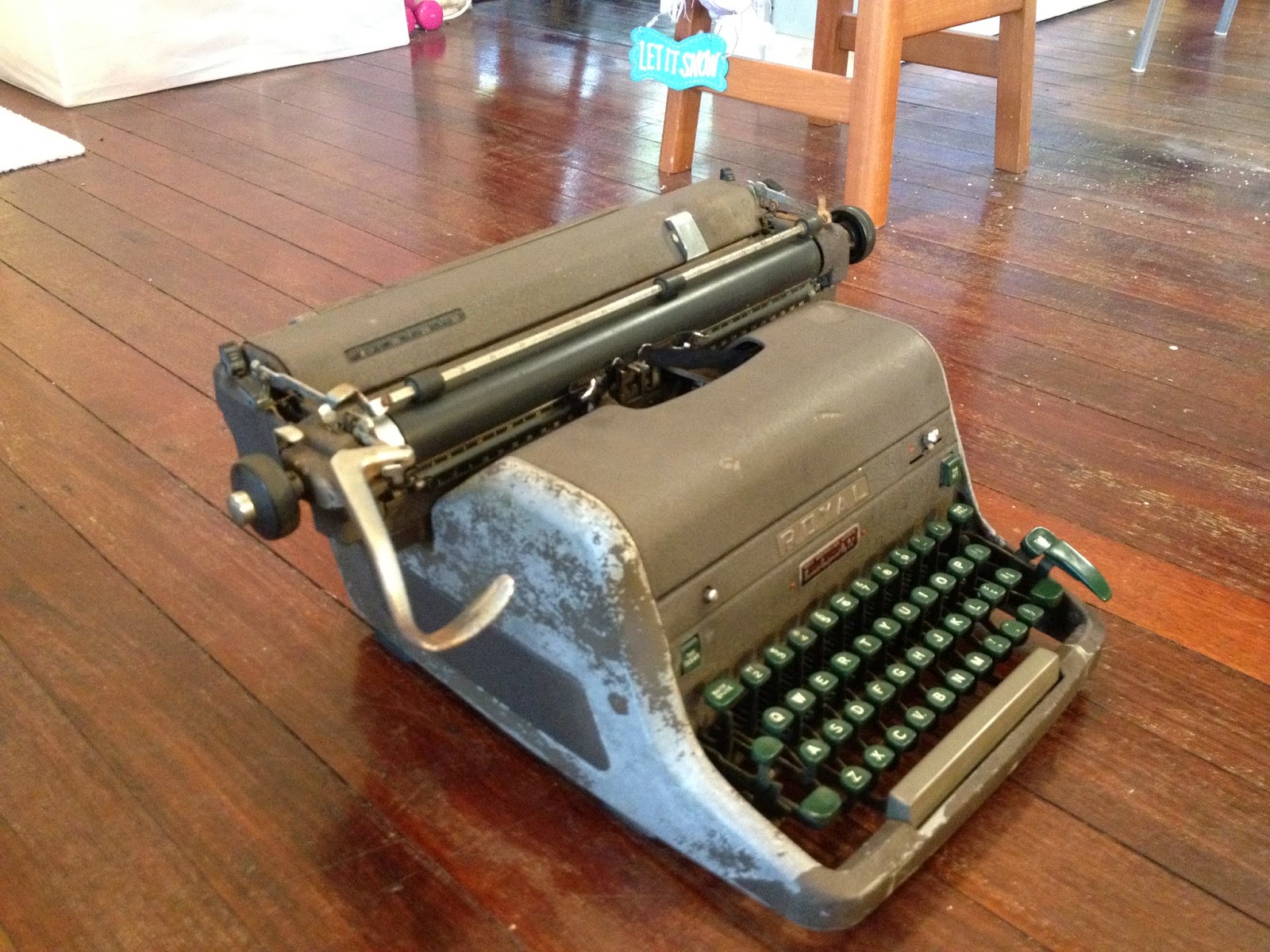 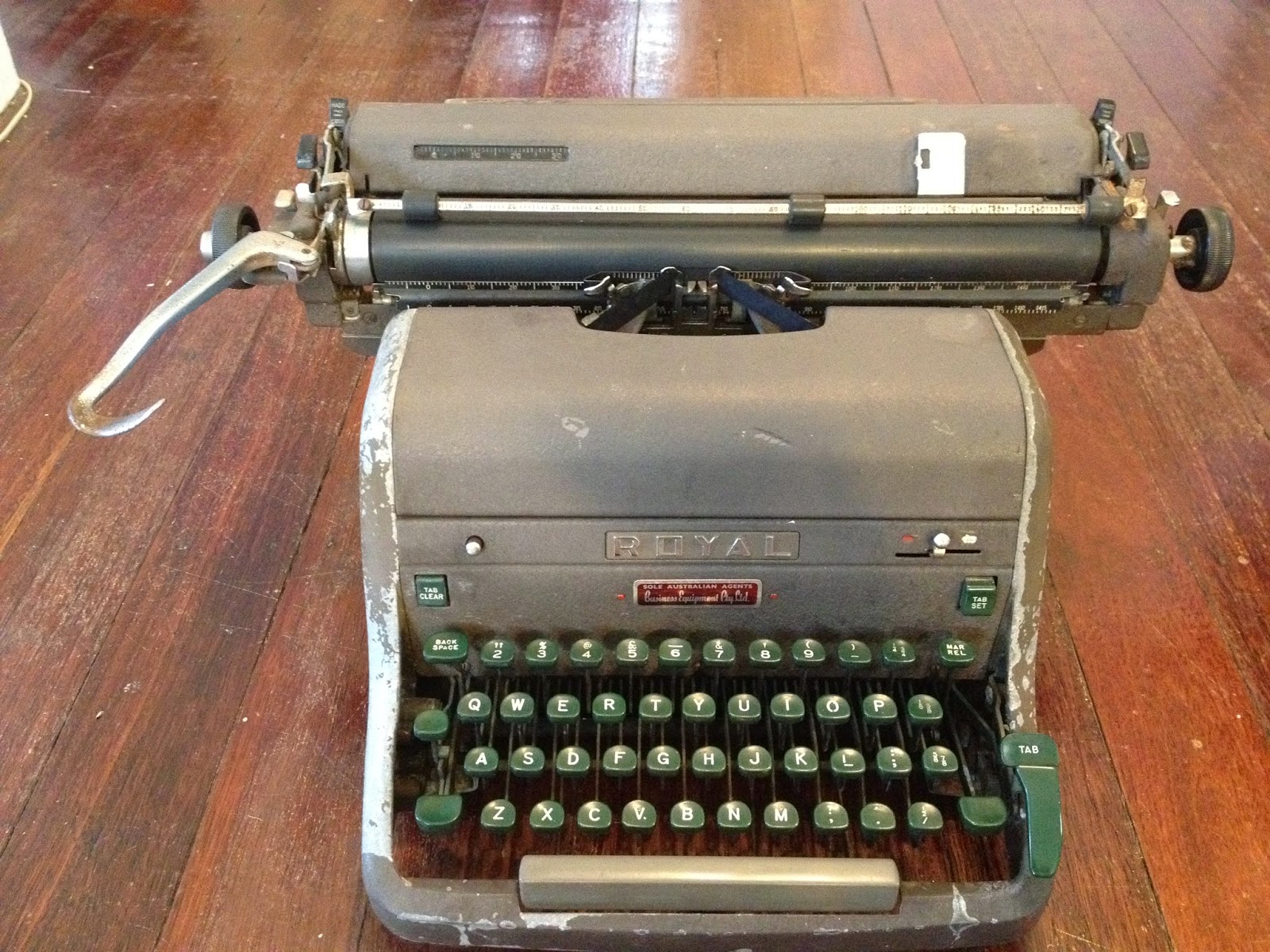 Not really knowing much about these things at all, and not yet being aware of the wealth of information about typewriters on blogs, forums and the internet more generally, I poked around and turned it upside down and decided that what it needed, was more WD40 than had ever been unleashed upon a typewriter ever. I doused the bastard. Sprayed it's innards so propper that it was dripping for hours. It smelt like a refinery.


To my happiness, this seemed to free up a lot of things and I got it typing. So I bought a new ribbon for it from Alderley Business Machines and typed out a bunch of song lyrics. After my interest had run its course and more interesting machines had arrived at my house, I put this smelly thing (made from equal parts metal and WD40 by this stage) up on eBay. At a $7 profit, I was delighted that it sold to someone local. I contacted the seller, informing them I lived in Graceville. Several messages later, we agreed that he would pick it up from my friend's place, where I would be later that morning practicing music. 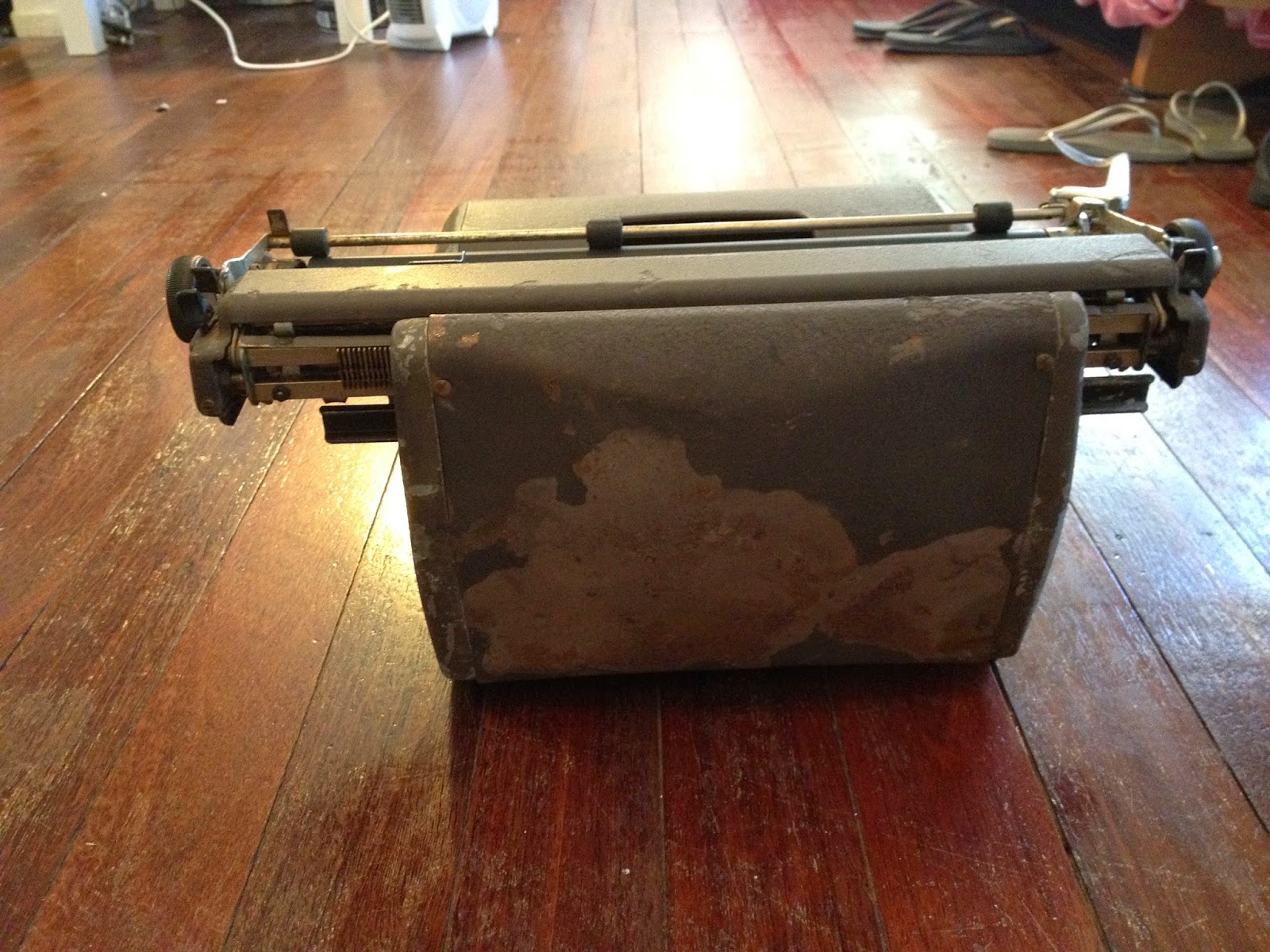 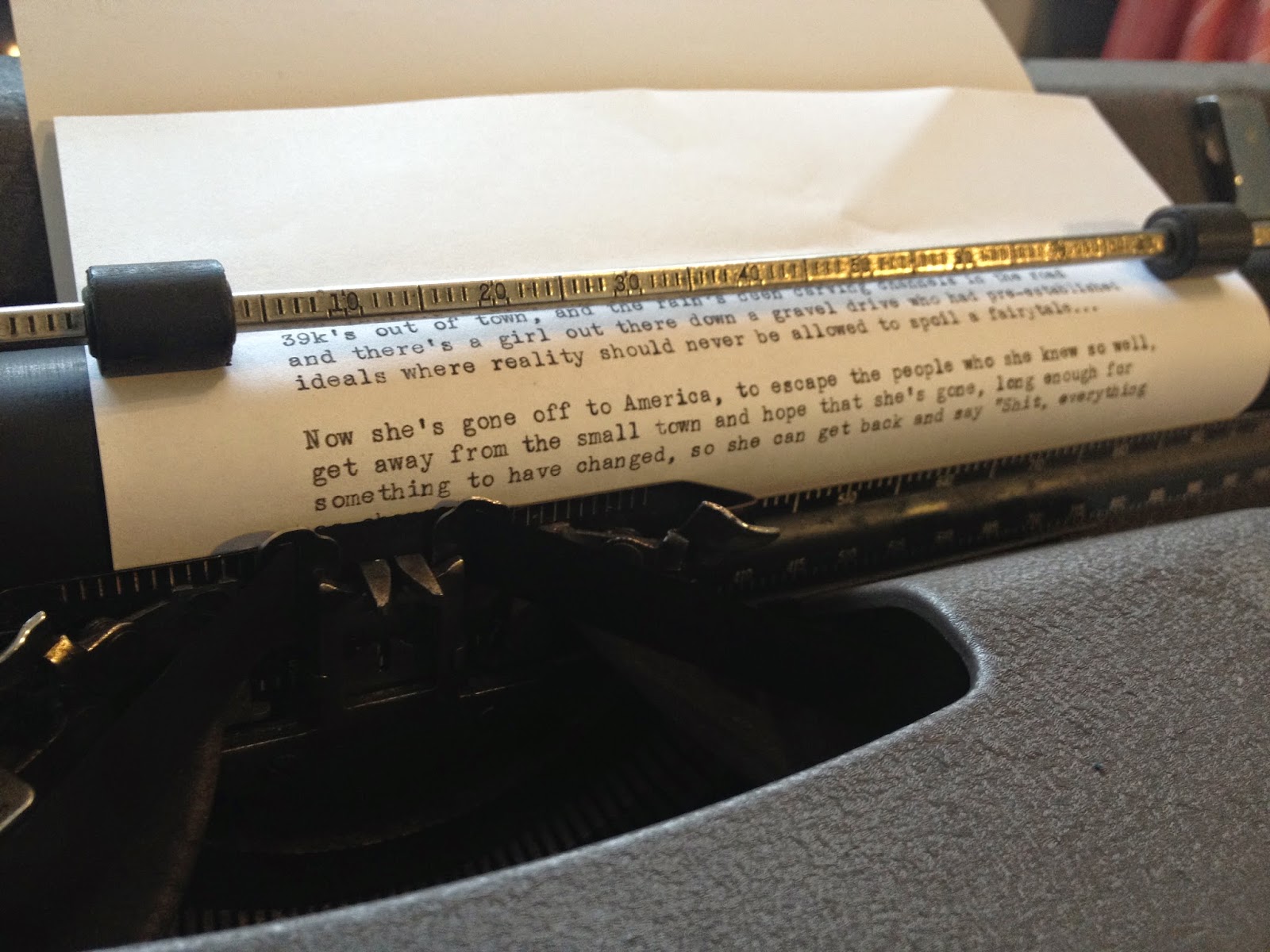 Thus on the 7th June 2012, outside my friend's old place on Equinox Street, Taringa, I met a man in a maroon Nissan X-Trail who paid me $27 for my Royal HH. I was rather hoping that he would not become suddenly overpowered by the stench of WD40 and drop dead on the spot. Luckily he remained upright throughout the transaction and was polite enough not even say anything about the veritable cloud of petroleum hydrocarbons in the air above the typewriter. This polite man of robust sinus health was Scott Kerneghan. It was later at the 2013 Brisbane Type-in when we met properly and to this day I have not dared mentioned the incident of the WD40'd Royal HH.

Fast forward to July last year, before relocating to Melbourne, Scott dropped a couple of standard sized typewriters to my new house in Ashgrove for me to give to John Lavery. Looking beneath the tarpaulin, what did I see? That very same HH. The tyranny of distance and one incident of unfortunate timing meant that I held on to these typewriters, moving house from Toowong to Ashgrove and then later to East Brisbane, carrying around these standard typewriters until two days ago when John came over for a cup of tea and to pick up the typewriters that were rightfully his. 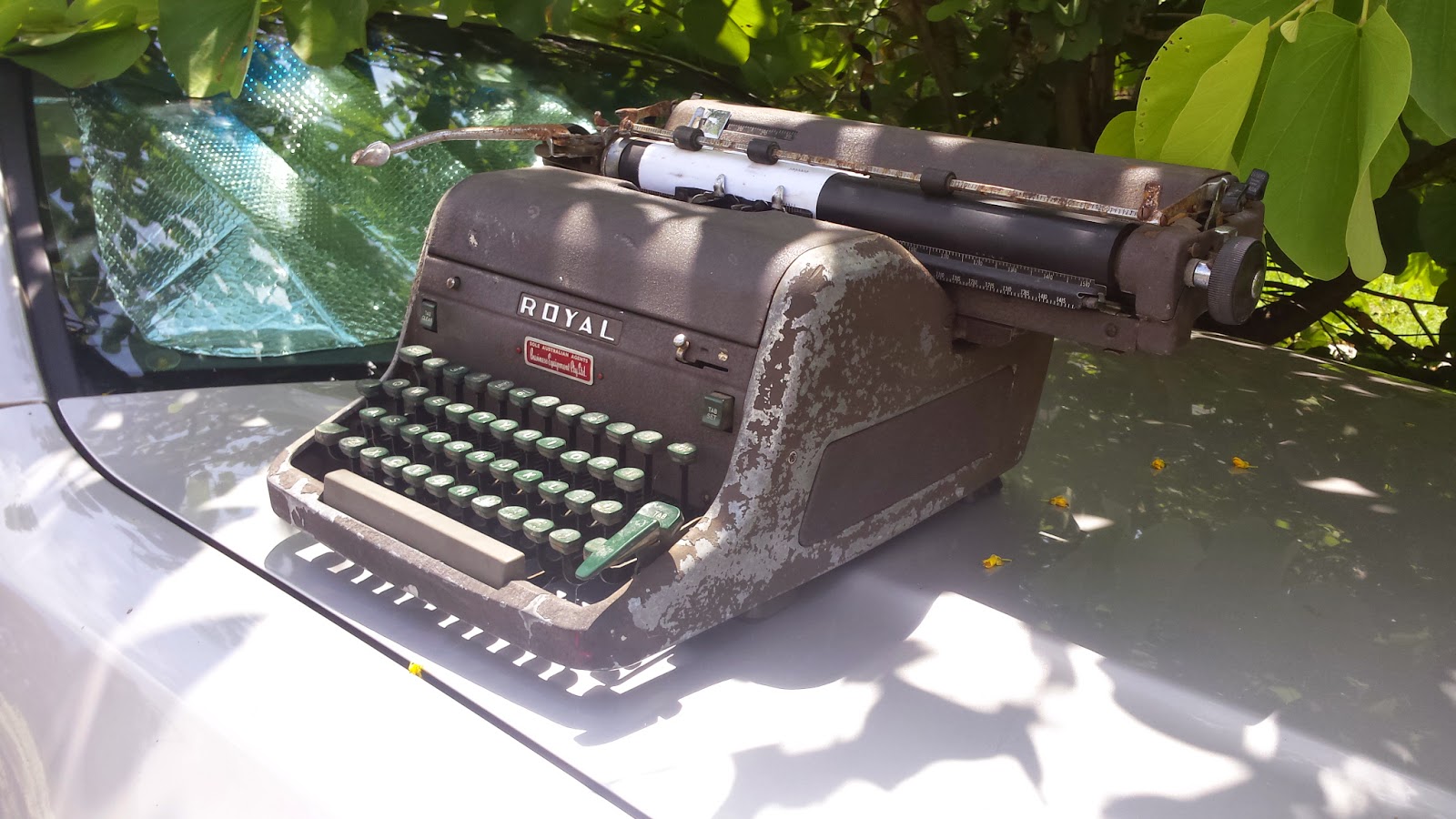 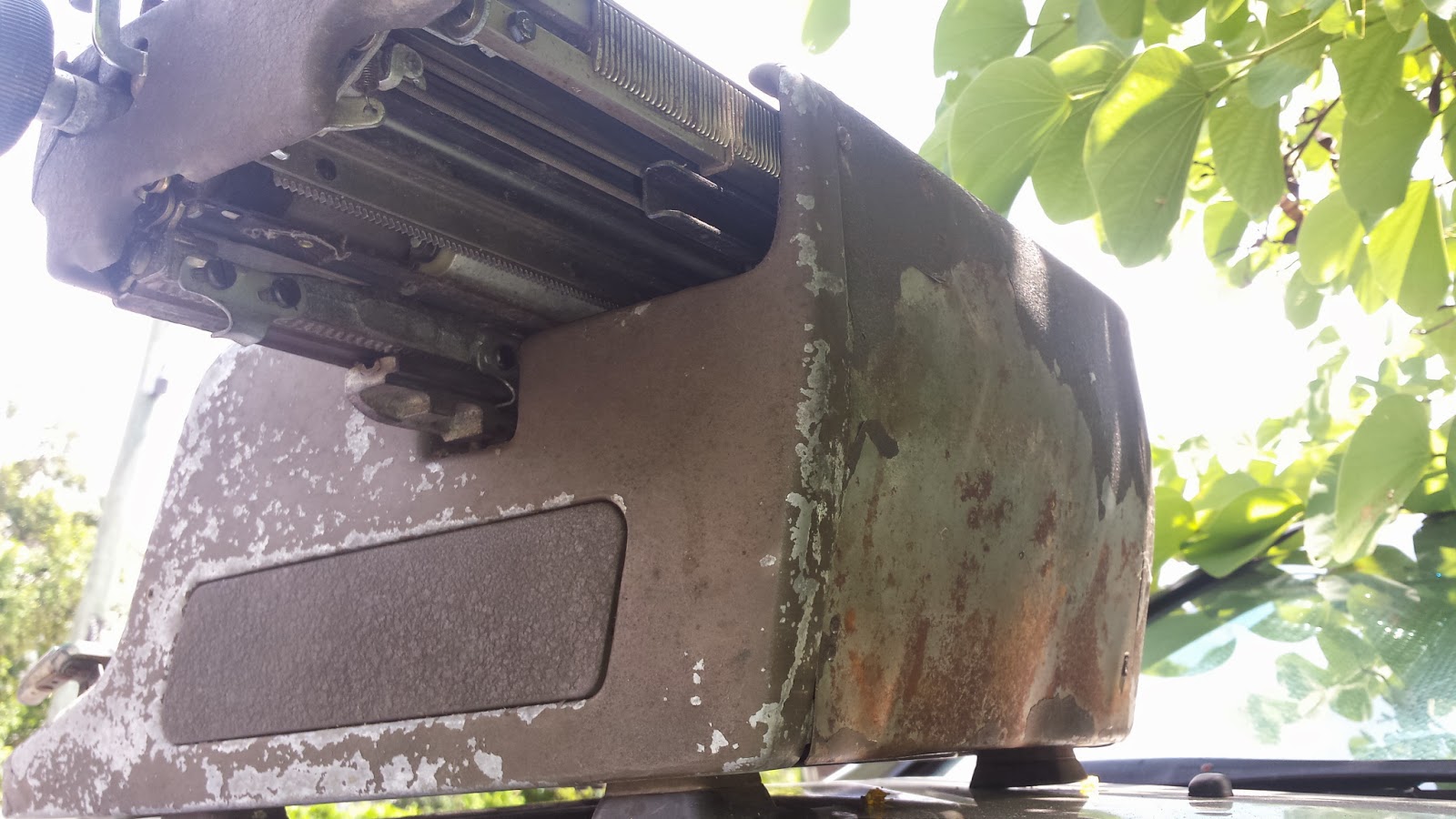 Thus it may be said that this HH has been kept in the family. It may also be said that I owe Scott a pint of beer, considering the HH that I sold him really wasn't worth any more than the $20 that I originally paid for it, versus the $27 I sold it to him. Especially so after my drowning it in the devil's own lubricant. One thing I know for sure though, this HH is that it's going to a good home. 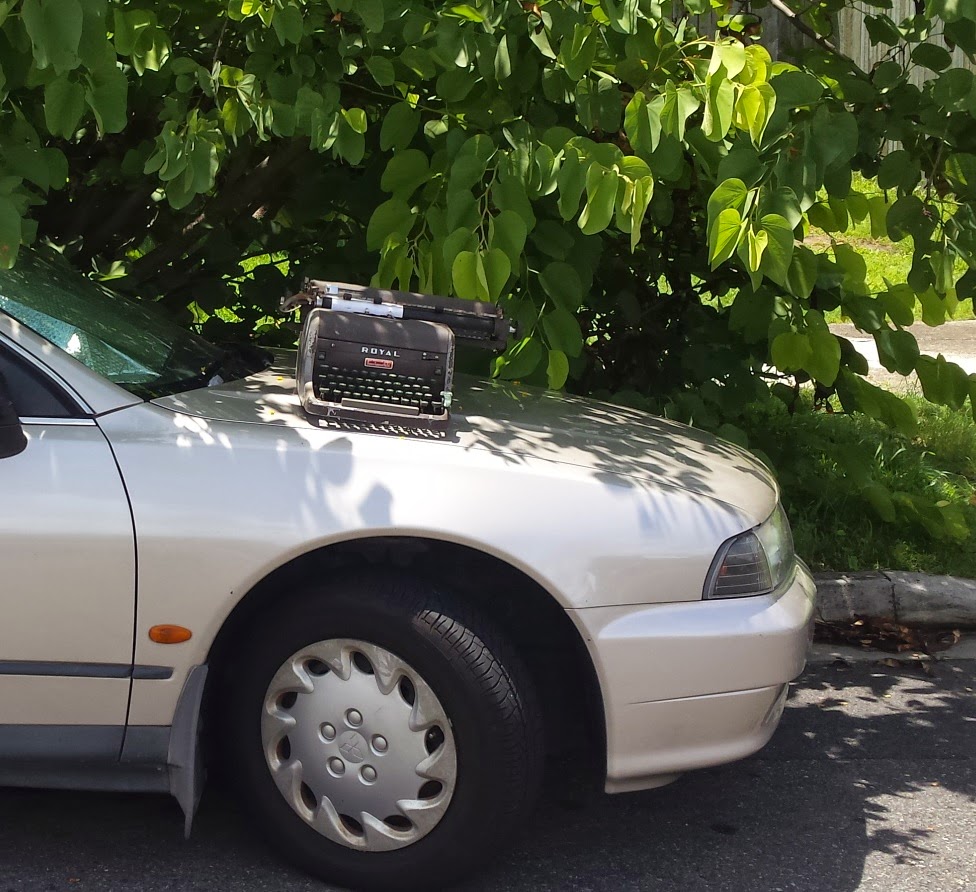