One for Slim Dusty


Slim Dusty was a bit of an icon in Australia. Alive between 1927 and 2003, the bush-bred son-of-a-cattle-farmer country music singer gained his stage name at age 11 and enjoyed a career spanning over 60 years and 105 albums.

Now this post doesn't have much at all to do with Slim Dusty, but a certain event on my weekend can very easily be likened to one of his most famous songs- A Pub With No Beer. May I suggest pausing for a minute to watch the great man in action- pure brilliance:


The certain event on my weekend that I speak of was the Queensland Antique Dealers Association's 'Antique Fair' which was held at the Old Museum just outside of central Brisbane. 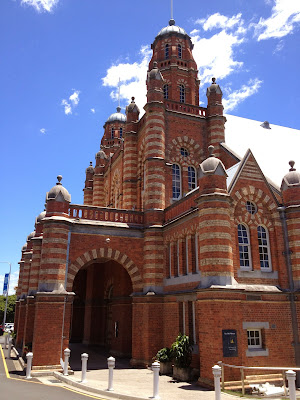 I had high hopes for this event, being held at such an old and prestige location. It was loudly advertised on large canvas banners outside the two antique shops I passed in the outer suburbs. I also considered that with a $6 entry fee, it must be good! Thus with an air of anticipation I jumped in the car and drove the 20 minutes into town.

The Old Museum is a great venue for this sort of event. Built in 1891 it was originally an exhibition building, then later (as the name would suggest) a museum and more recently a great venue for touring pop and alternative musicians and home to the Queensland Youth Orchestra.

Once inside, my anticipation was heightened when near the entrance was a table with a number of Ericophones, several old black bakelite phones and this stunning example of an Edison Home Phonograph. 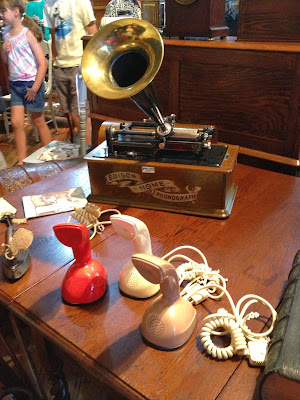 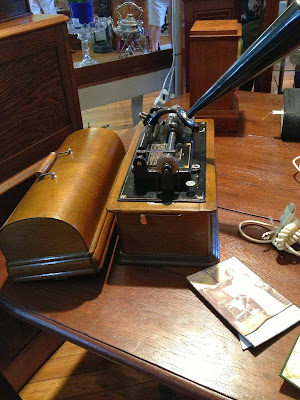 Another corner yielded a  bunch of colourful radios and an English Oak Gramophone for $695, but not a single typewriter. 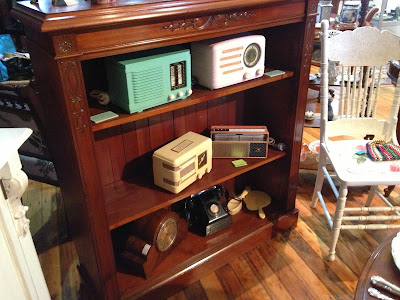 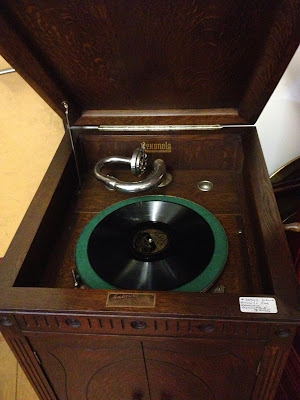 The majority of the space was dedicated to furniture, furniture, more furniture and ubiquitous antique silverware, glassware crockery and jewelry. But alas, as I walked and walked and searched and searched throughout the two large rooms full of antiques in the Old Museum, not a single typewriter. Not one bloody typewriter! I know this for a fact, as I asked almost every dealer present.

Now I readily admit that this was an 'antiques fair' and not a 'collectables fair' and as such I wasn't expecting the place to be filled wall to wall with nothing but deliciously old and reasonably priced 100+ year old typewriters, but seriously, an antiques fair of this size with no typewriters at all? I was planning for this post to be a great long epic, chock full of eye candy for everyone to murmur their quiet desires for, but alas, absolutely nothing at all to write home about. Thus let me close by paraphrasing the first verse of Slim Dusty's famous 1957 classic to sum up the experience:

"But there's-a nothing so lonesome, morbid or drear
Than to stand in the bar of a pub with no beer an antiques
fair with no typewriters"

With a tip of the hat to the celebrated pioneer of the beer-typecast Mr Rob Bowker, I use this method to test my relatively recently acquired Underwood 310/Olivetti Dora 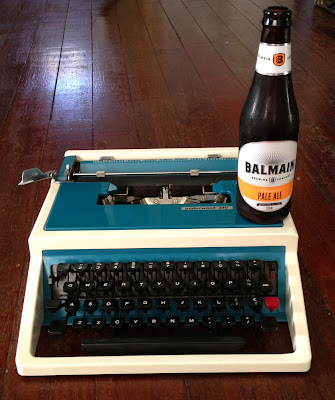 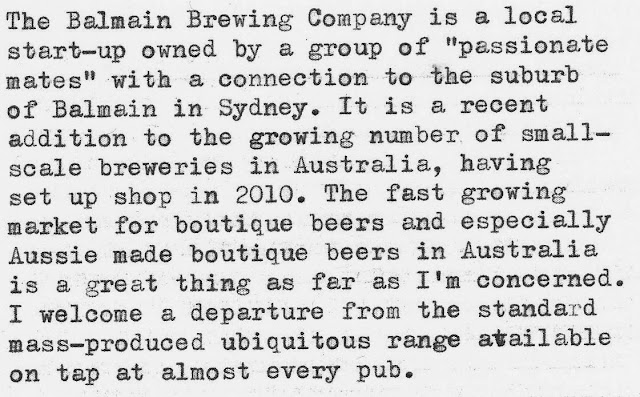 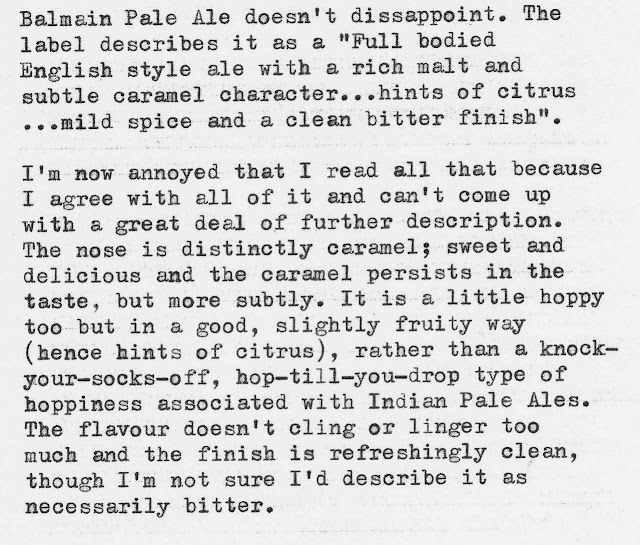 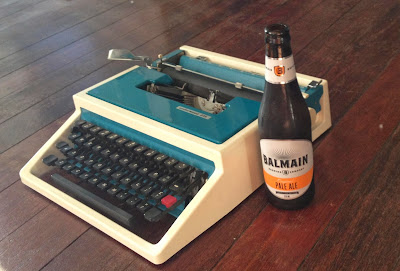 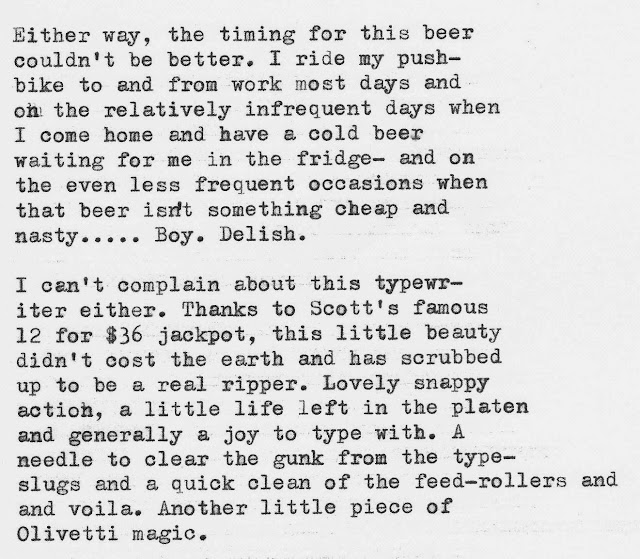 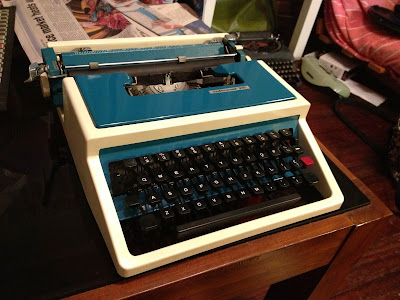