No less than a month and a day after the event, here lies the third and final installment in the Southern Odyssey. 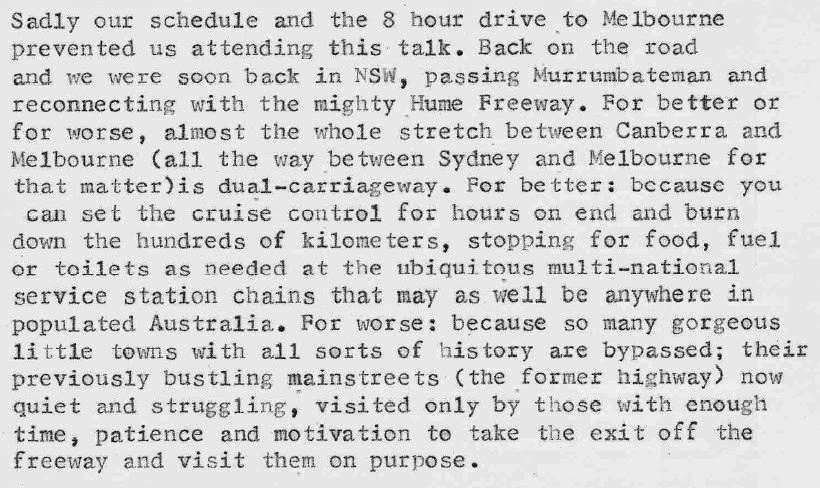 As per Part 1 and Part 2 of this odyssey, the stops along the way where we considered there to be a reasonable expectation of typewriters are numbered in the map below. 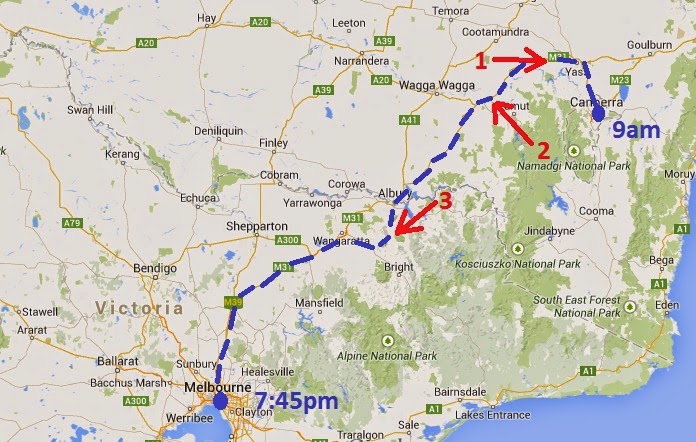 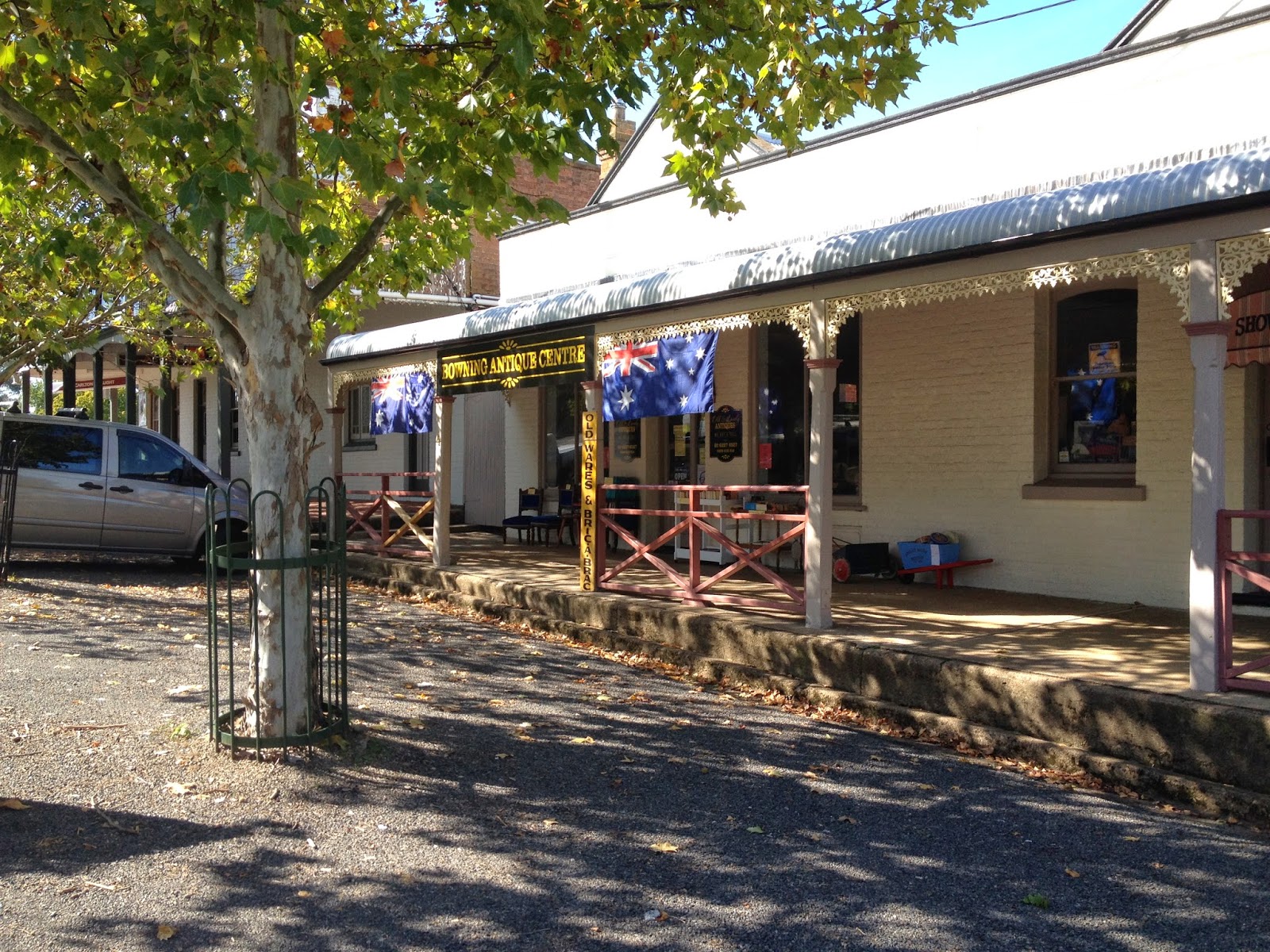 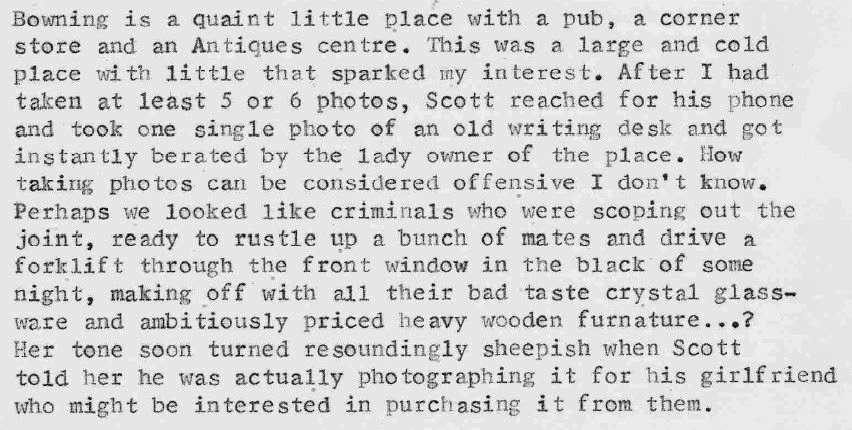 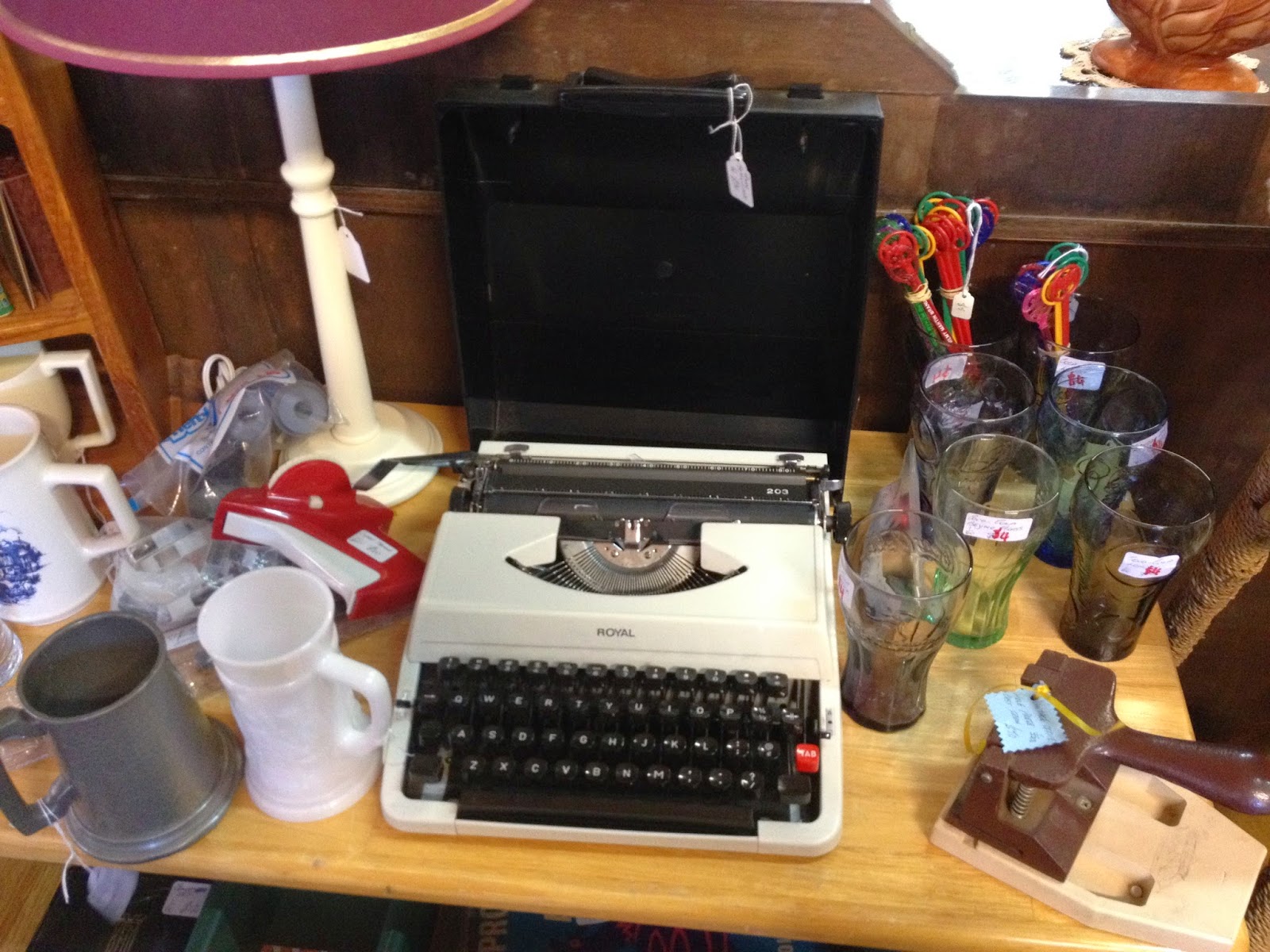 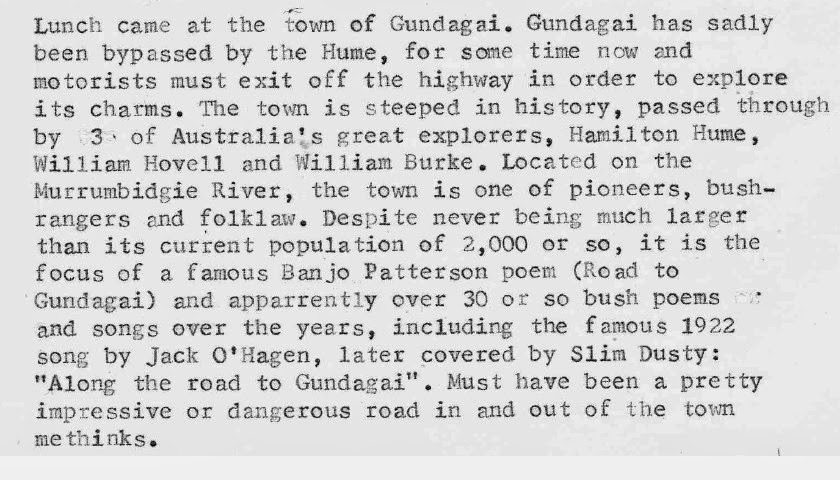 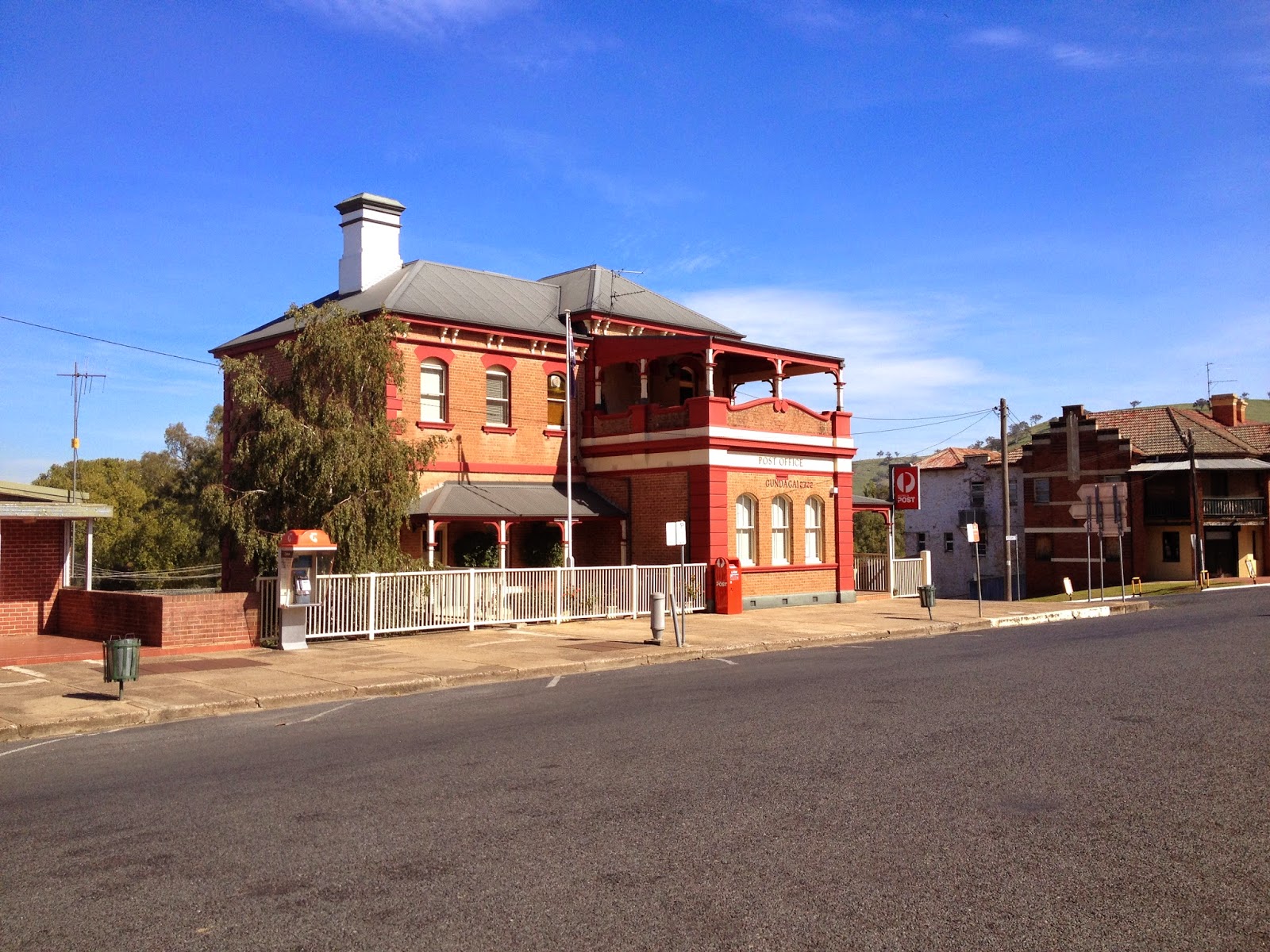 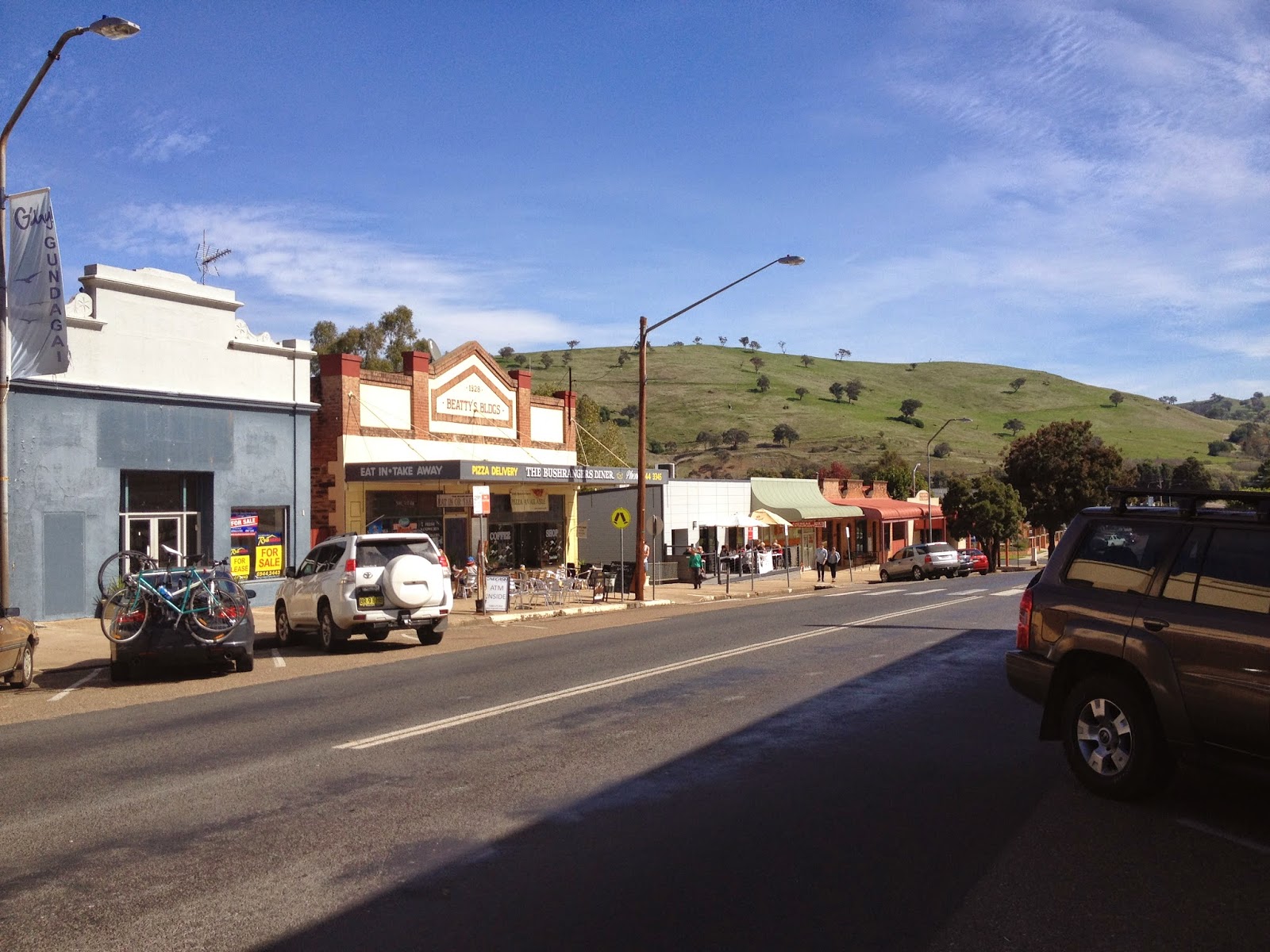 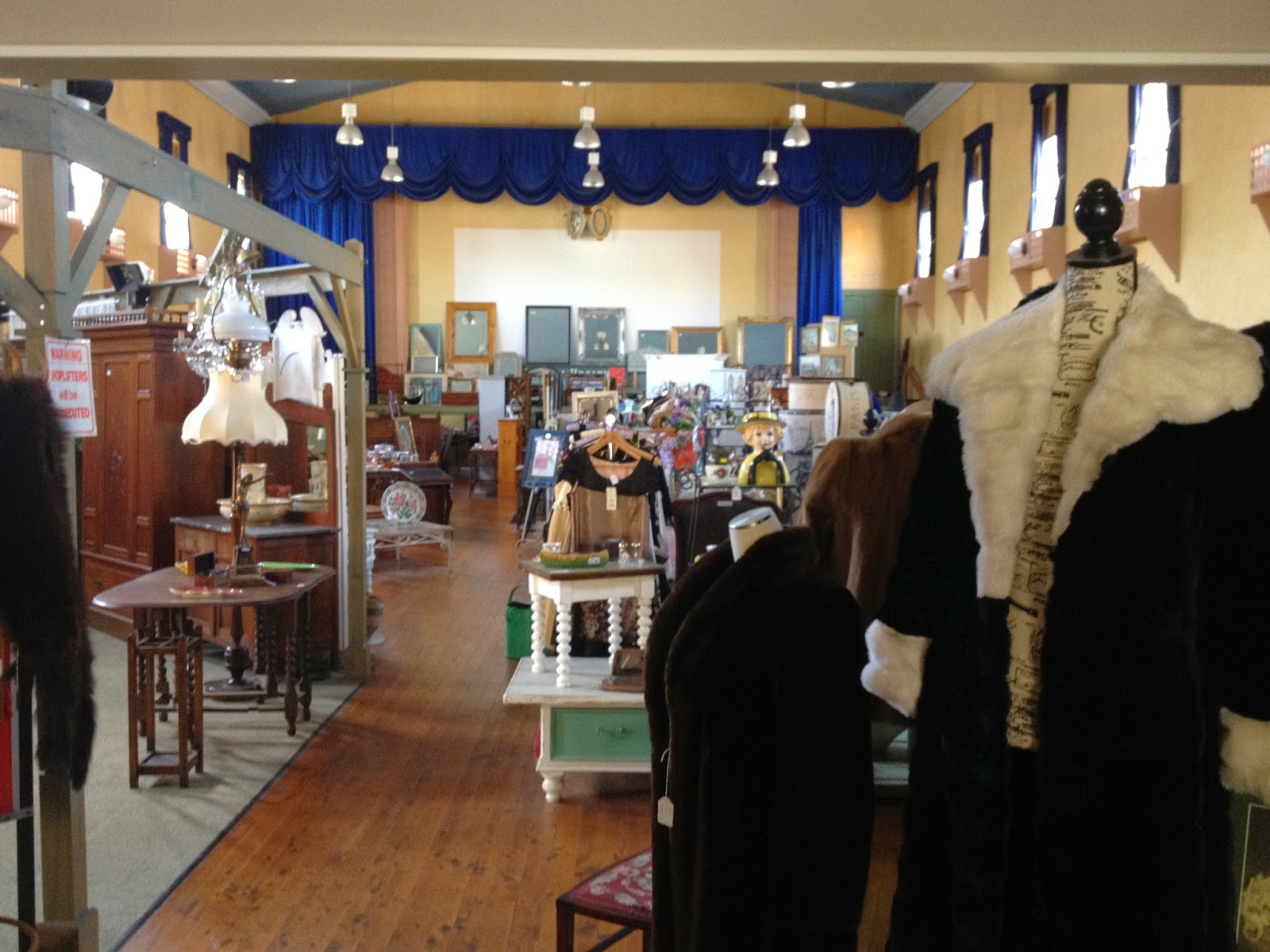 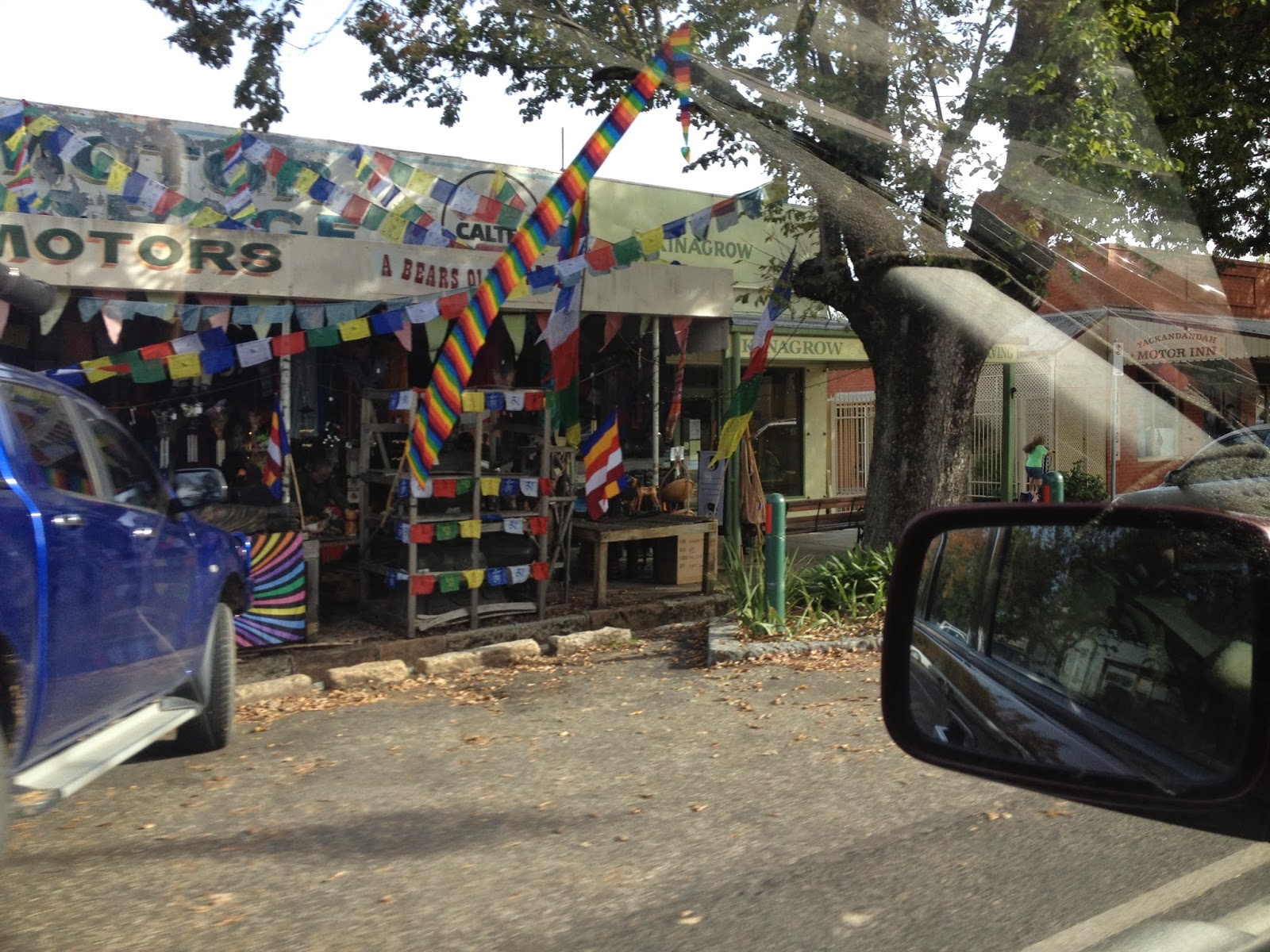 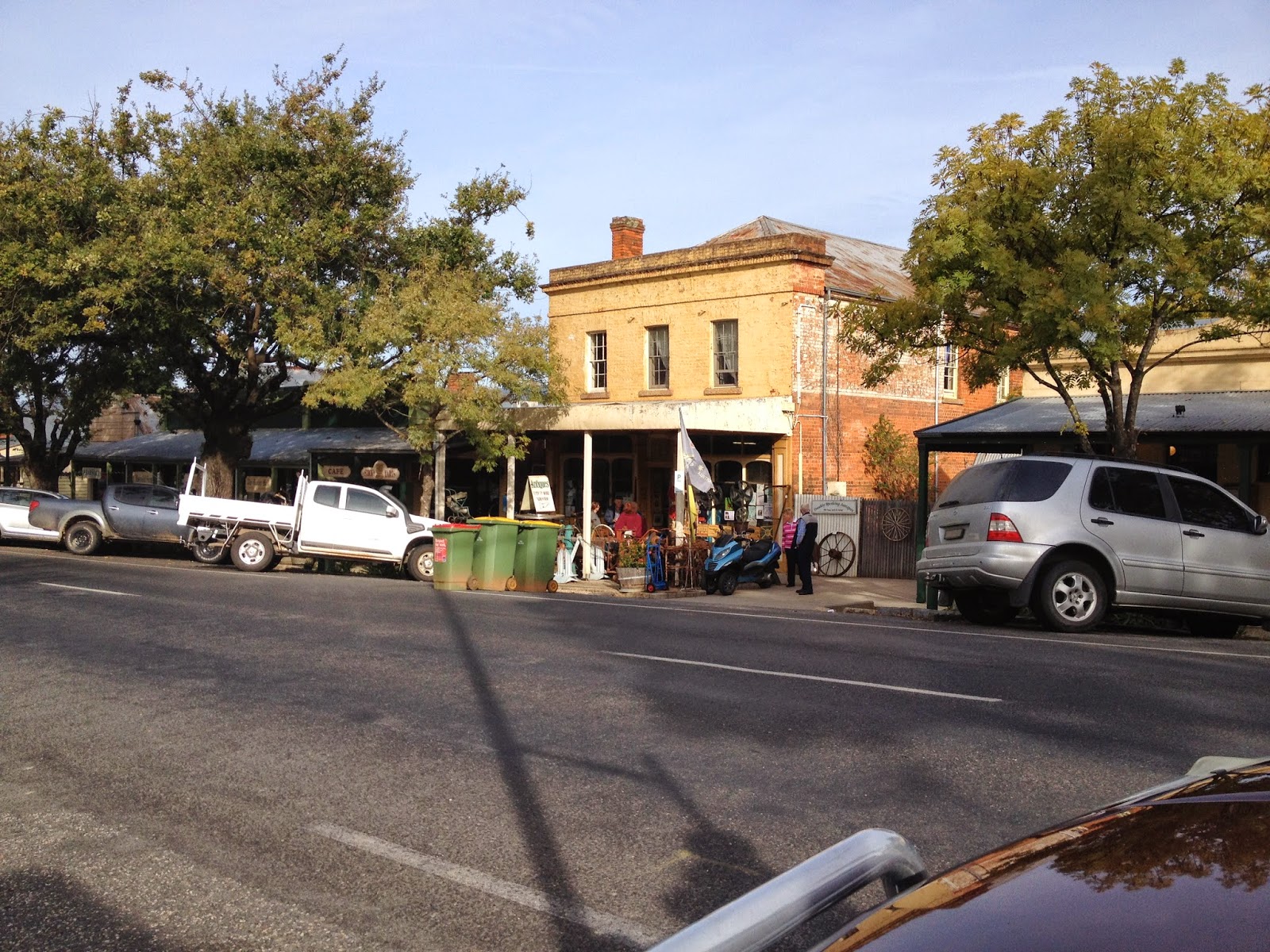 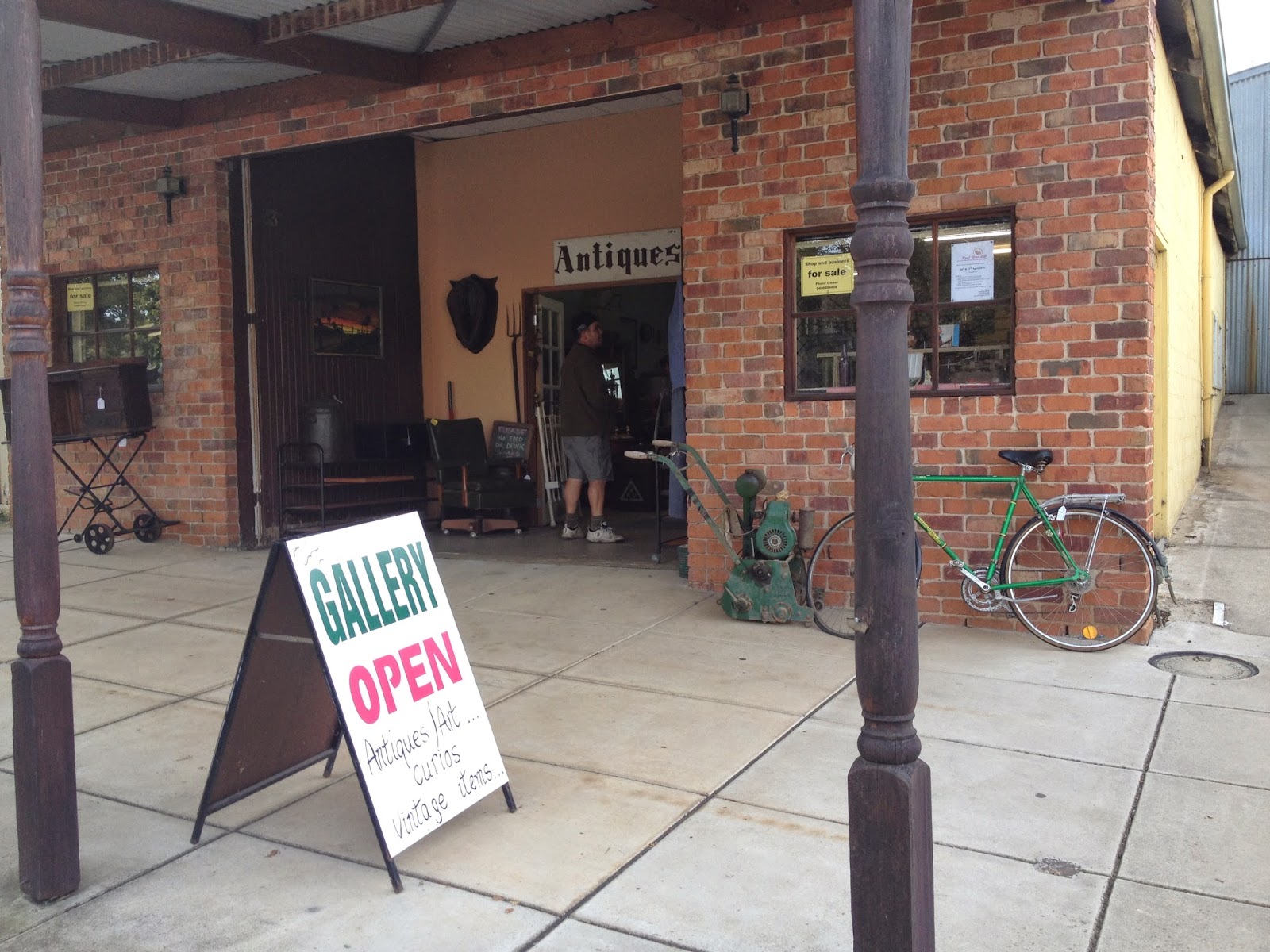 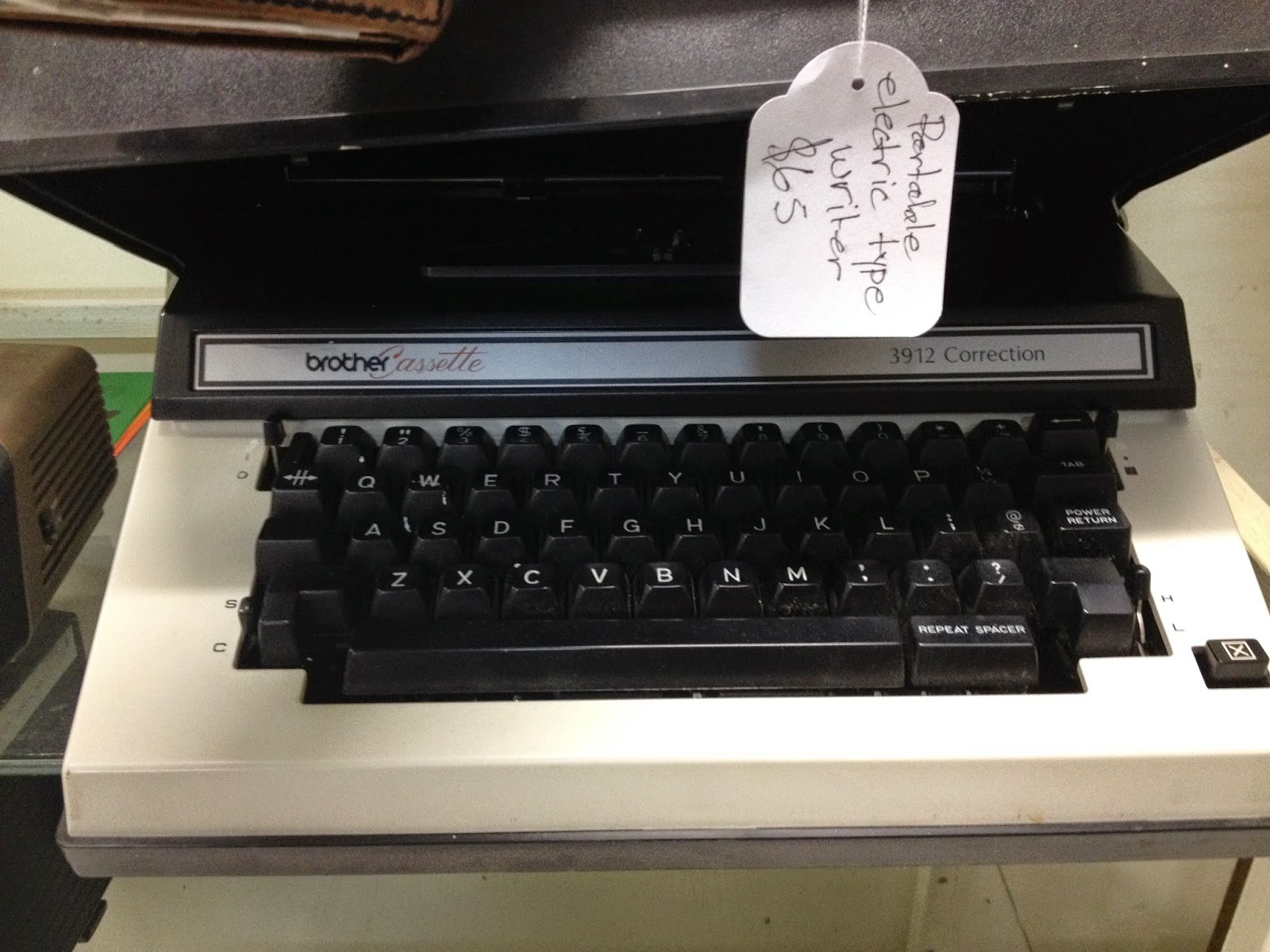 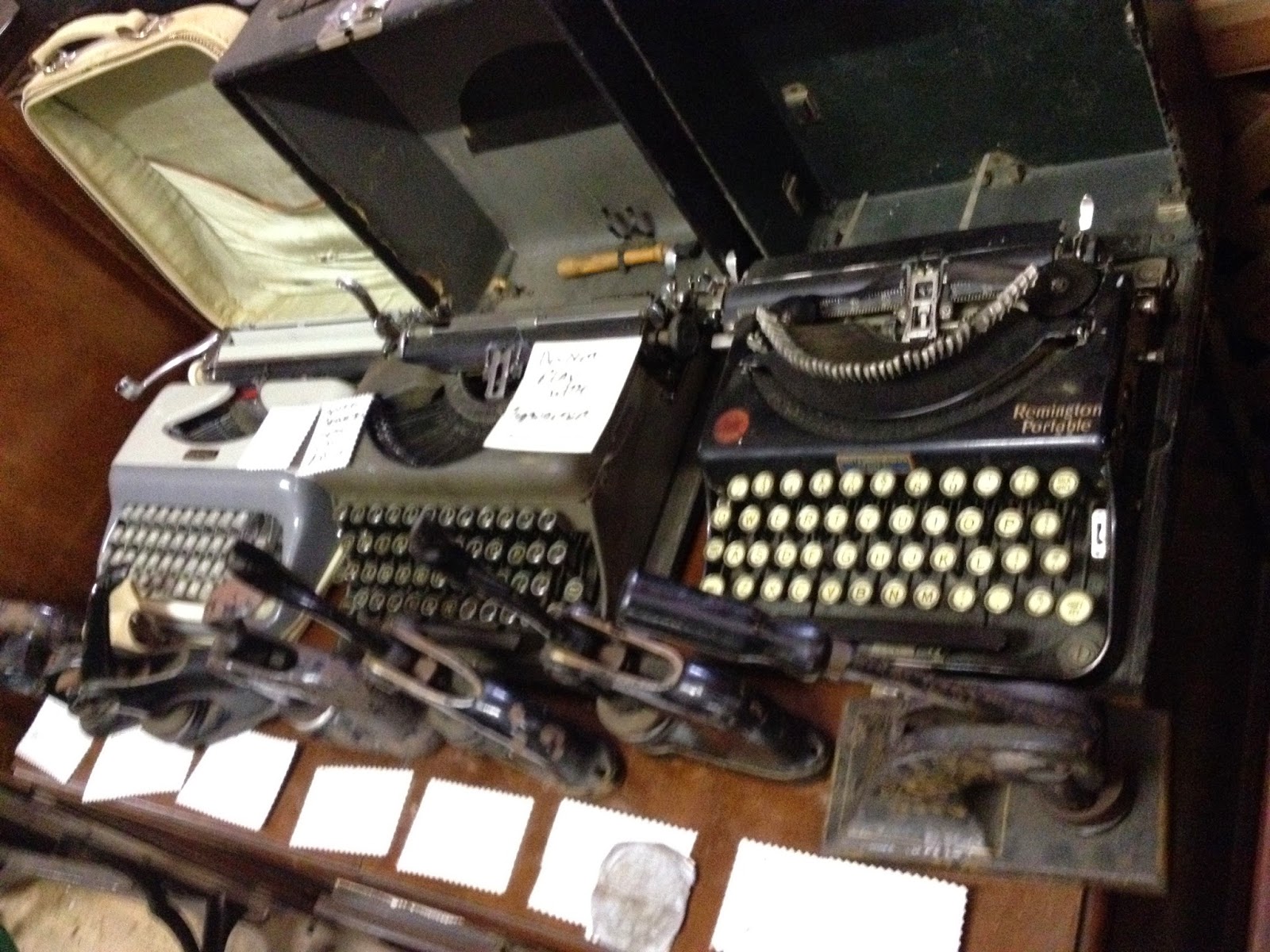 I didn't pay them a lot of attention to be honest, with the plainly ridiculous price tags. Also in antique store (2) was TYPEWRITER 13- Mystery Typewriter. This typewriter was a mystery to both of us. Scott has since done some research on this mystery typewriter and covers this dusty mystery in the same blog post that I have hyperlinked above.

From Yackandandah we needed to make some pretty good time in order to get to Melbourne by (late) dinner, so other than a brief refill of petrol we drove the final 300km without stopping. As the lights of Melbourne started to rise up before us, a sense of achievement started to grow, and so it was, in suburban driveway in Pascoe Vale on the 21st April 2014 that our Odyssey ended. On these trips one learns exactly how big Australia is. Not only due to the huge distances traveled while you're traveling, but the comparatively tiny stretch of the country you've actually explored with all those kilometers when you look at the whole thing on a map. 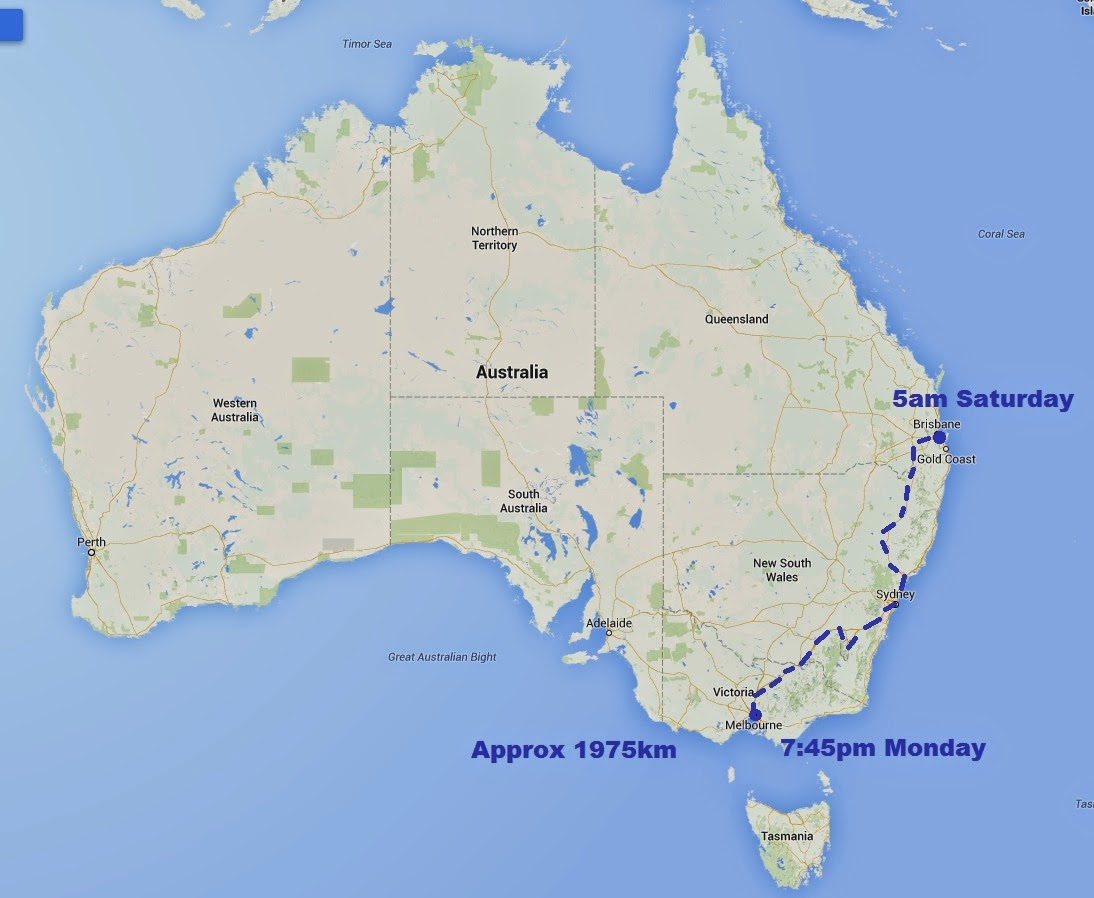