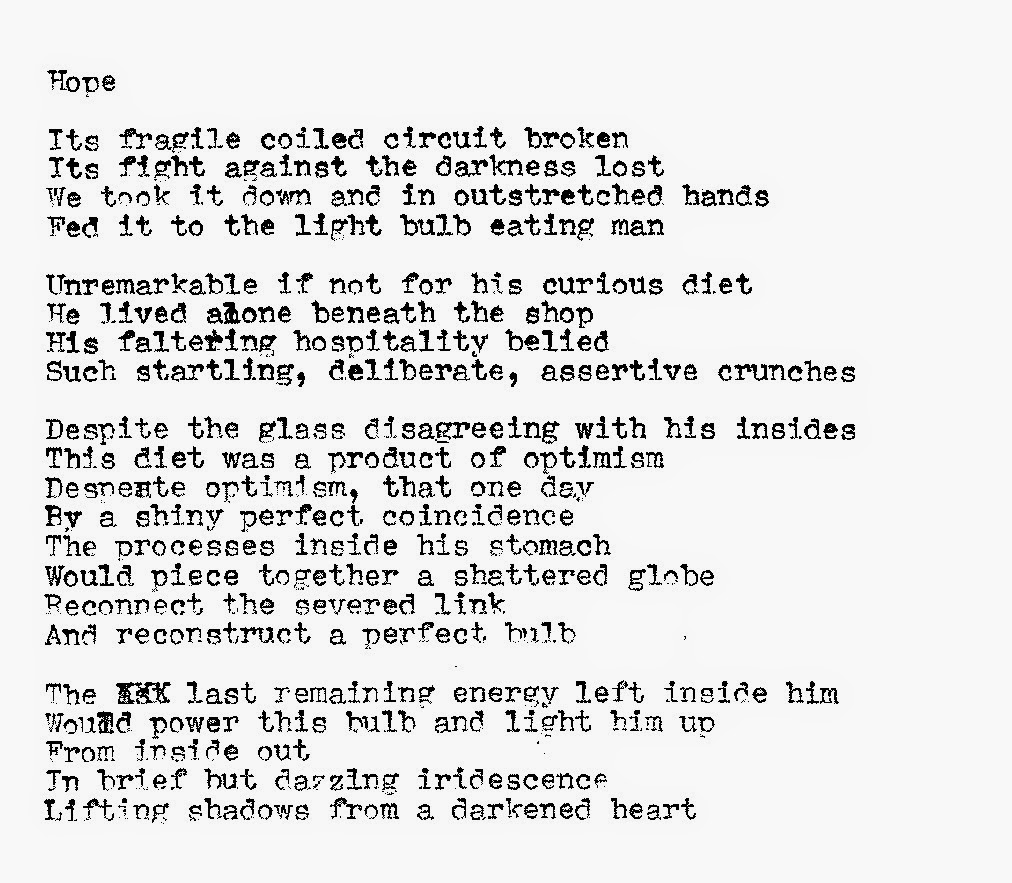 Sold! To the man in the bowler hat

I have been doing a little bit of spring (read: winter) cleaning up here in Brisbane. Not that Brisbane has a winter, it goes from summer, to feeling like spring for around 2.5 months before it returns to its perpetual summer. This has involved a bit of typewriter selling. Three of my typewriters are now in the hands of new owners and probably a few more will follow suit. This is due in part to the house I'm living in getting demolished. The real estate has given us 2 months notice and as of the end of July, we need to be vacated out, so they can knock down this gorgeous old spatious split level pre-war house and it's green garden and most likely put up two or three units or similar where there's no more than a meter or two's gap between any of the external walls and the property boundary. 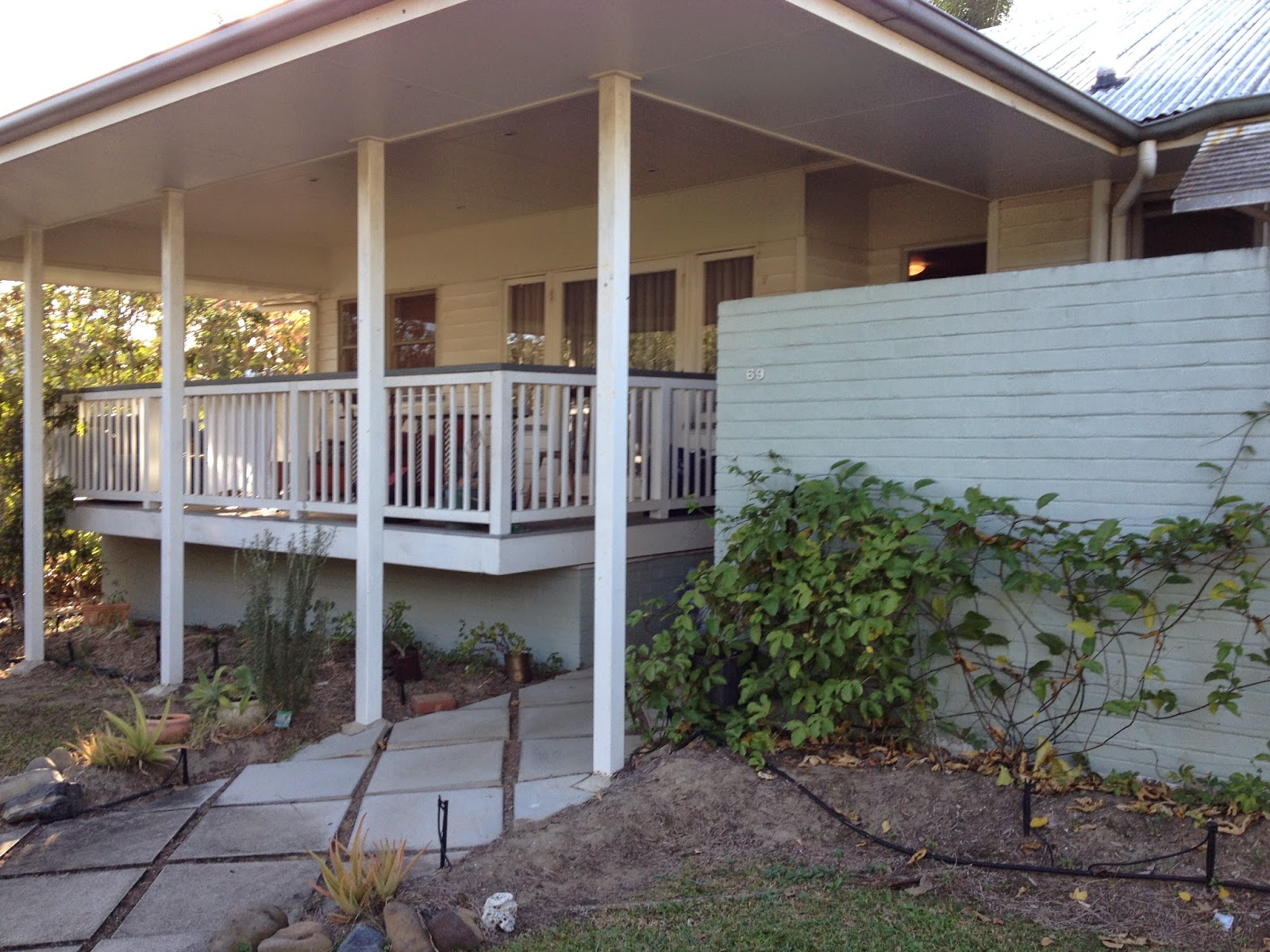 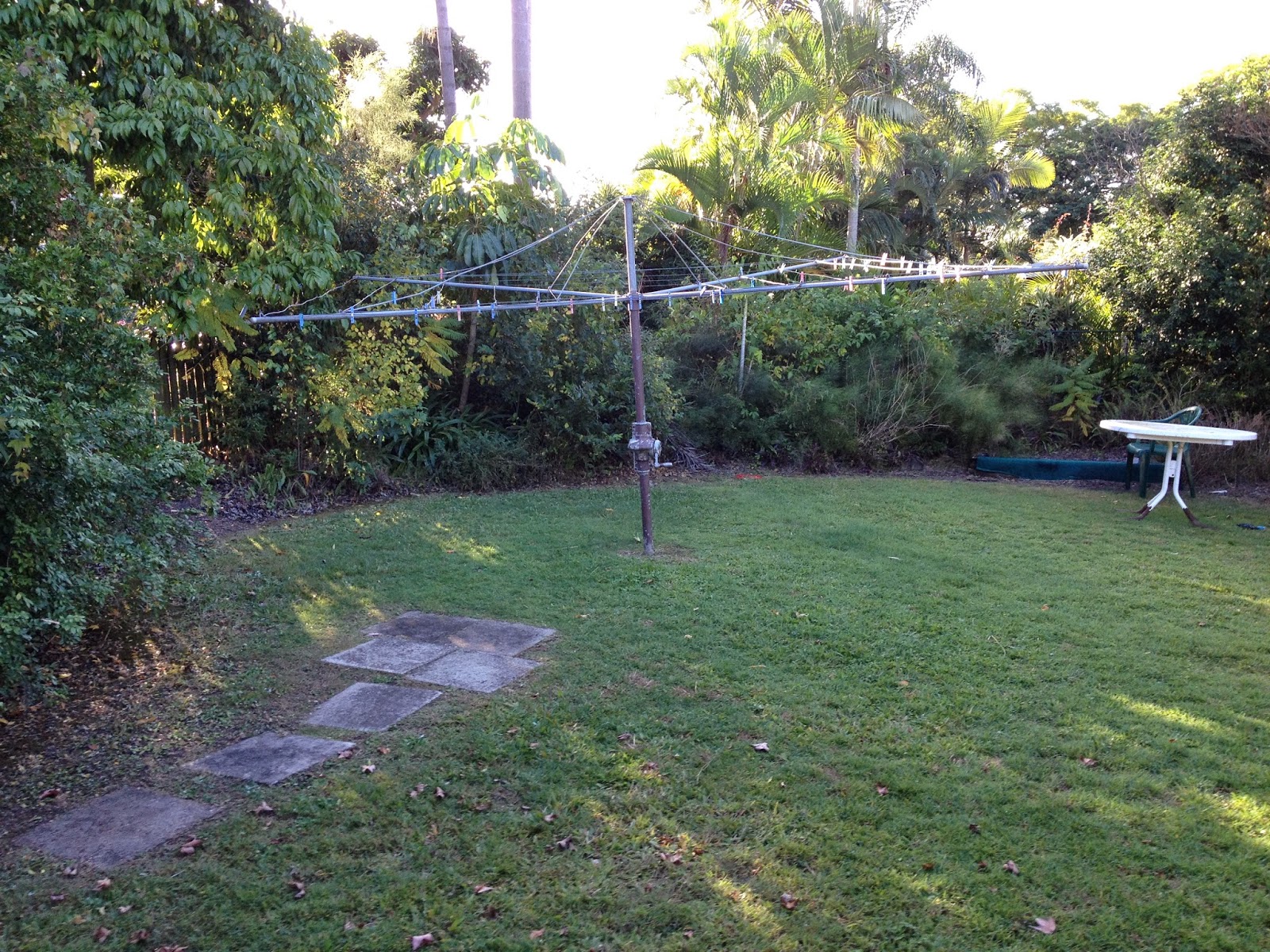 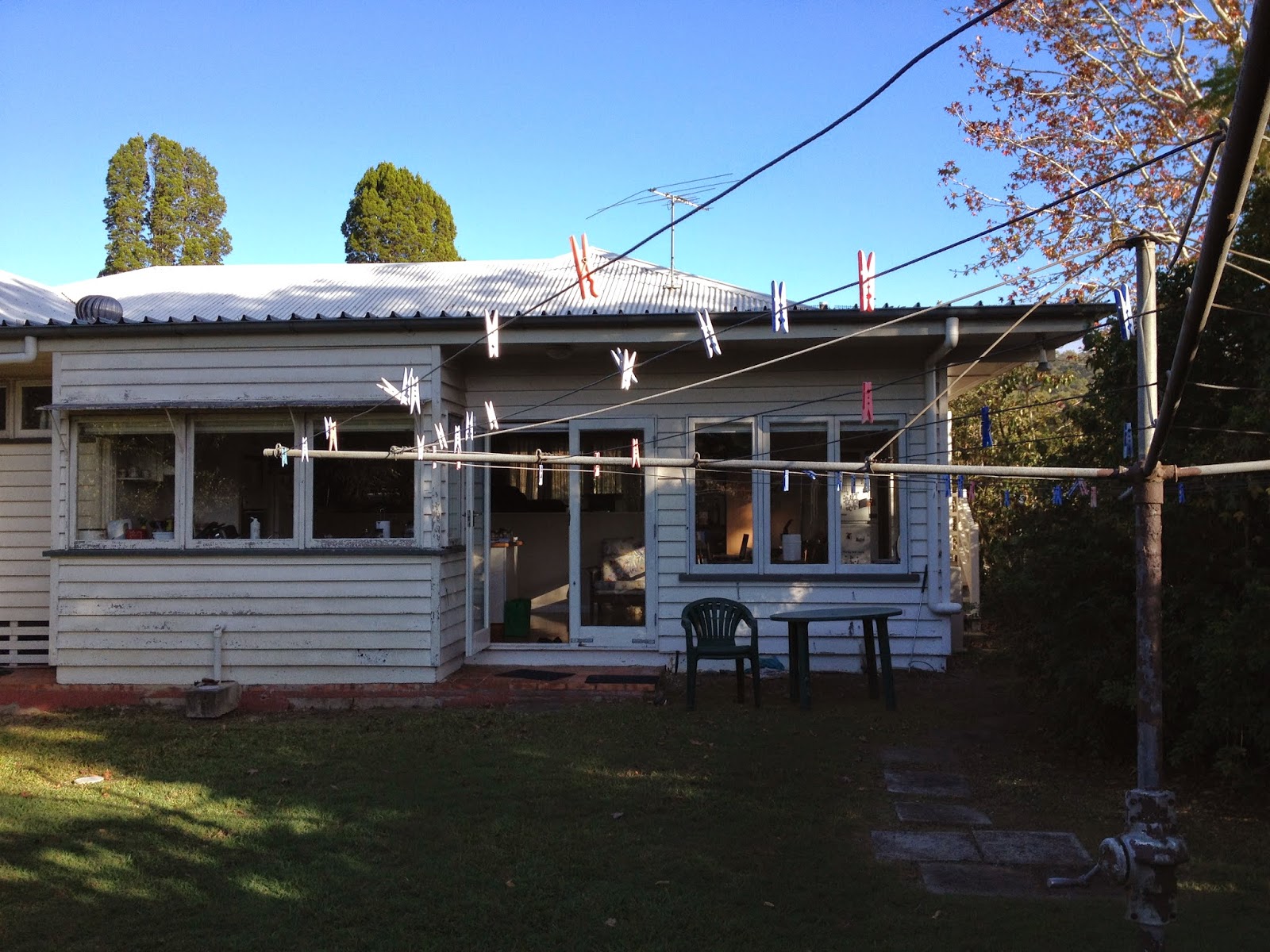 I'm not the only one thinning out their collection either. Scott K's has given his collection a serious haircut as part of his re-location down south, Robert M has recently advertised a few more beauties up for graps, Teeritz is thinking that "some kind of cull is in order soon"- Teeritz Agenda. Even Rob Bowker has had a haircut. Though that was an actual haircut.

The typewriters I've sold are ones that I haven't been using a lot. My collection is relatively modest, but at 16 or so typewriters, there is no way that you will use all of them with the least bit of regularity. So a couple have flown the nest, namely: 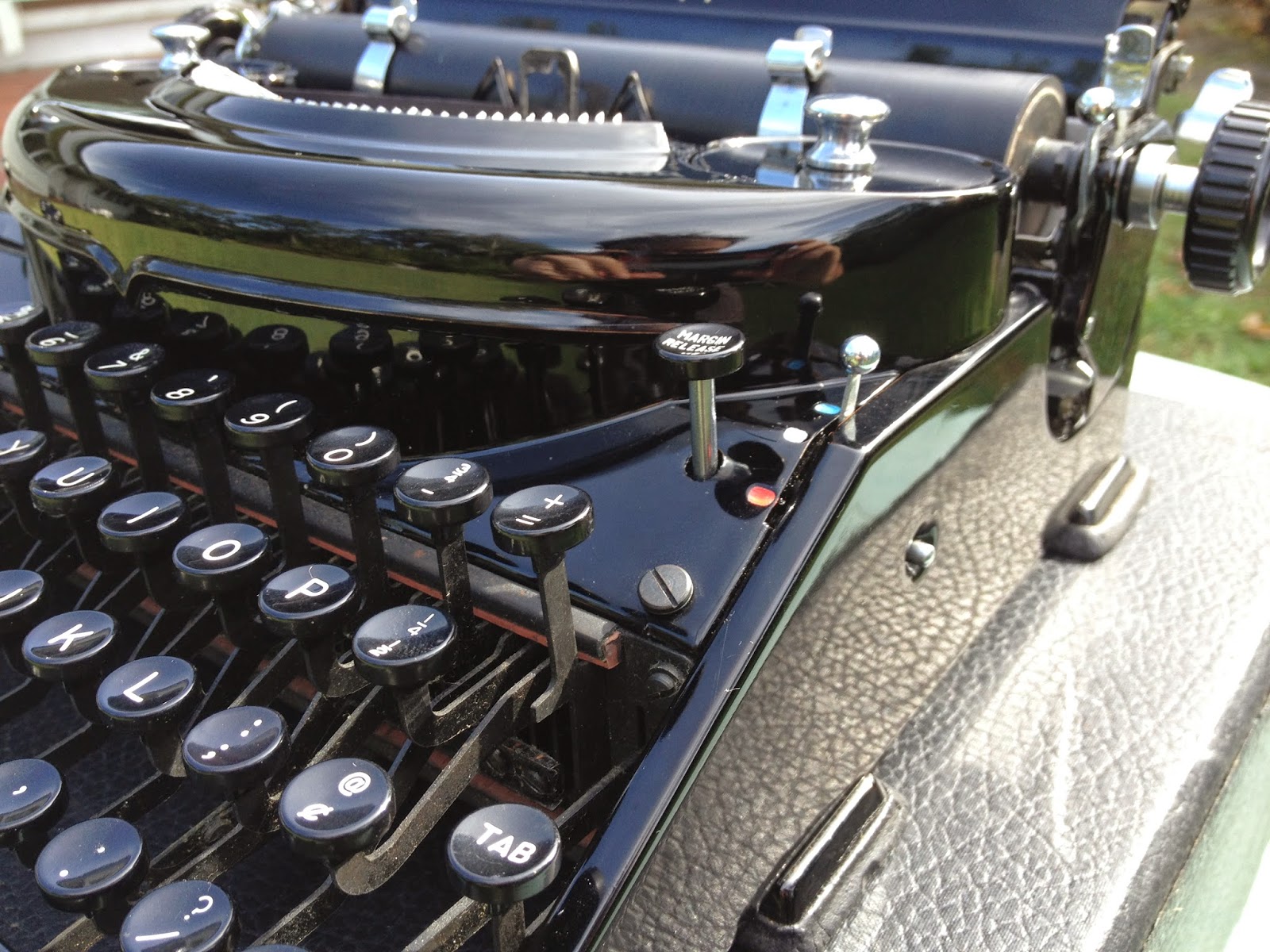 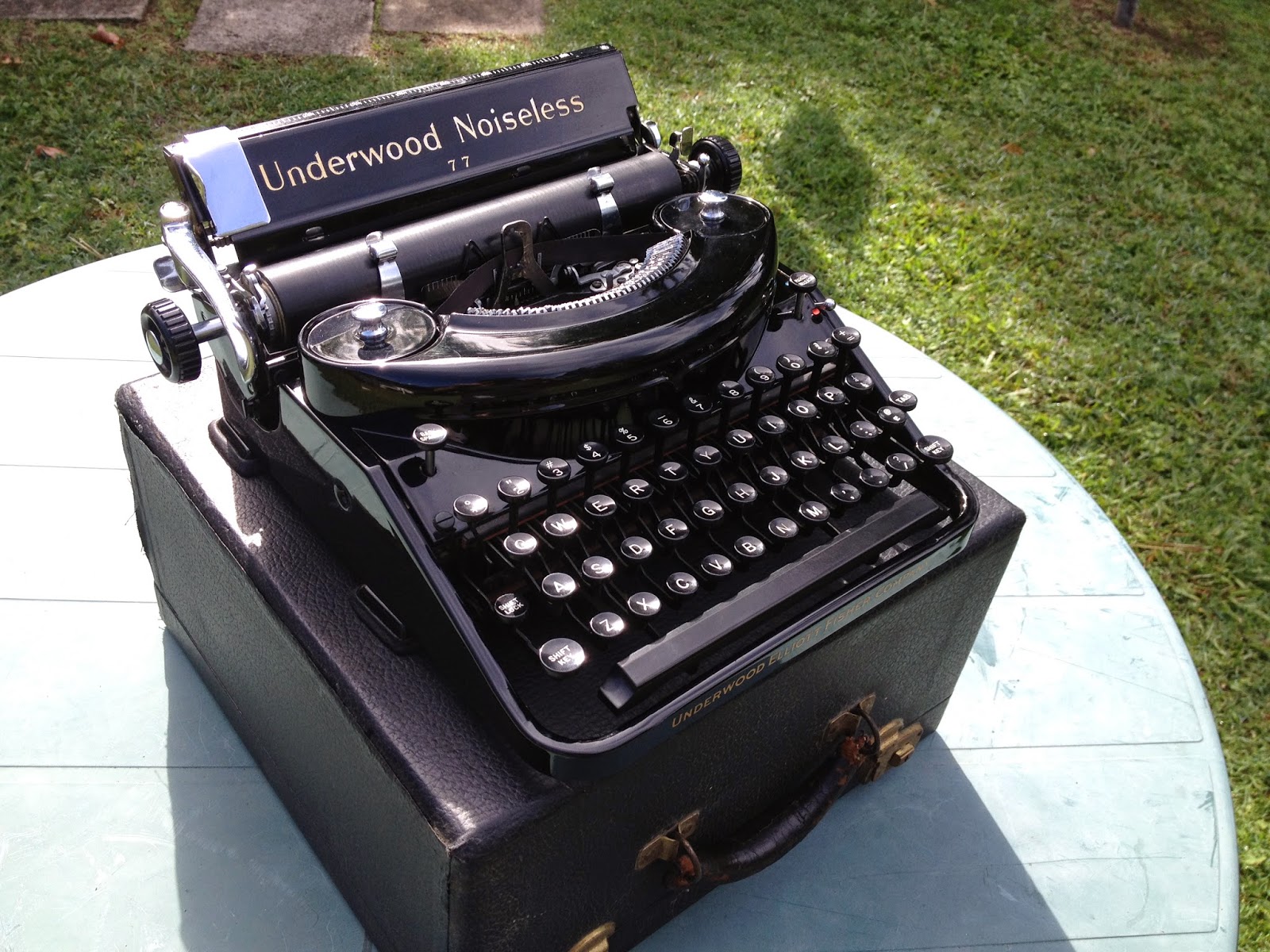 This Underwood went to the director of a talent agency for media, TV and advertising. His business card sported a rather funky typewriter font, but he wanted a real typewriter to produce the real deal on certain documents and letters. 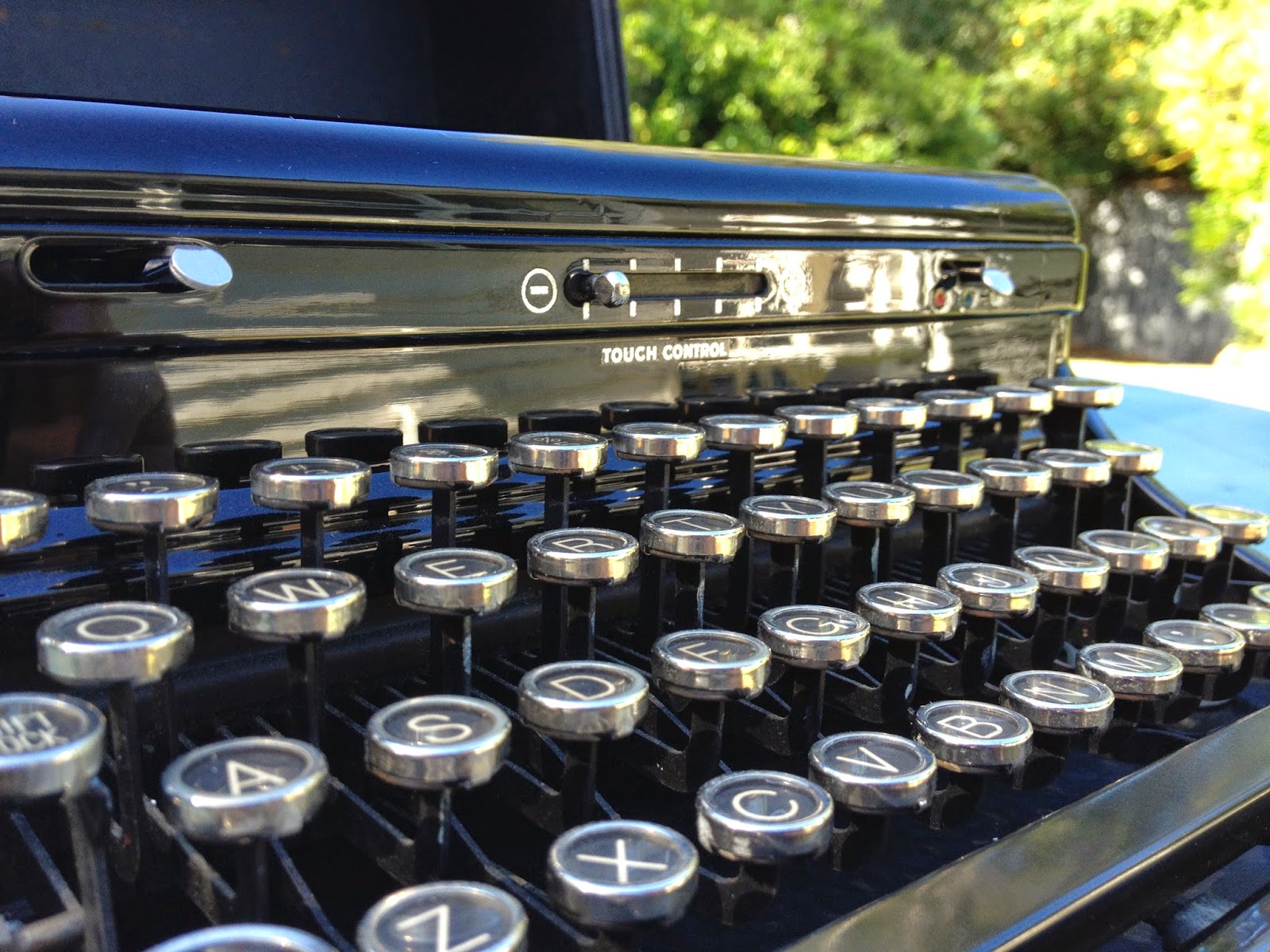 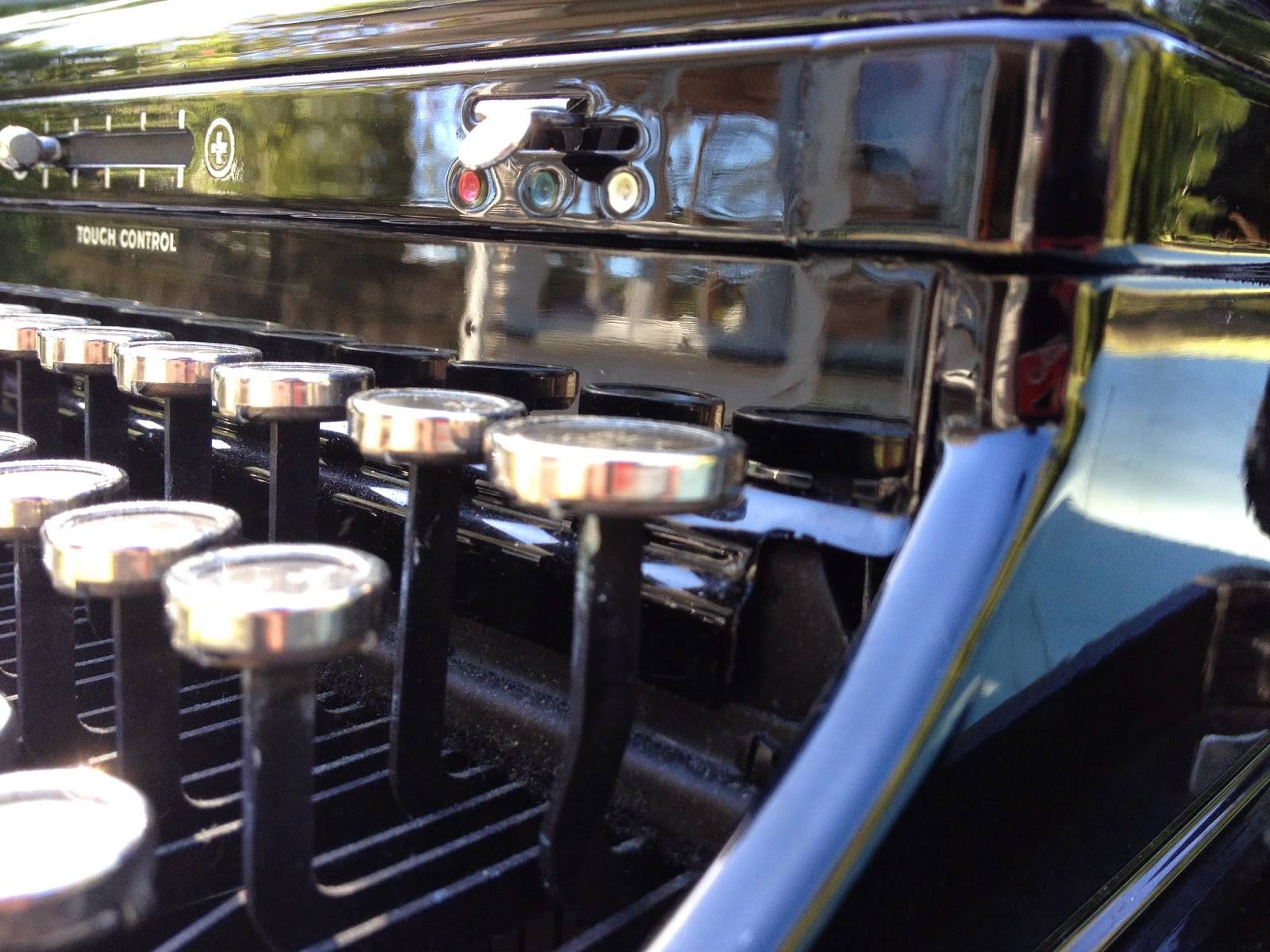 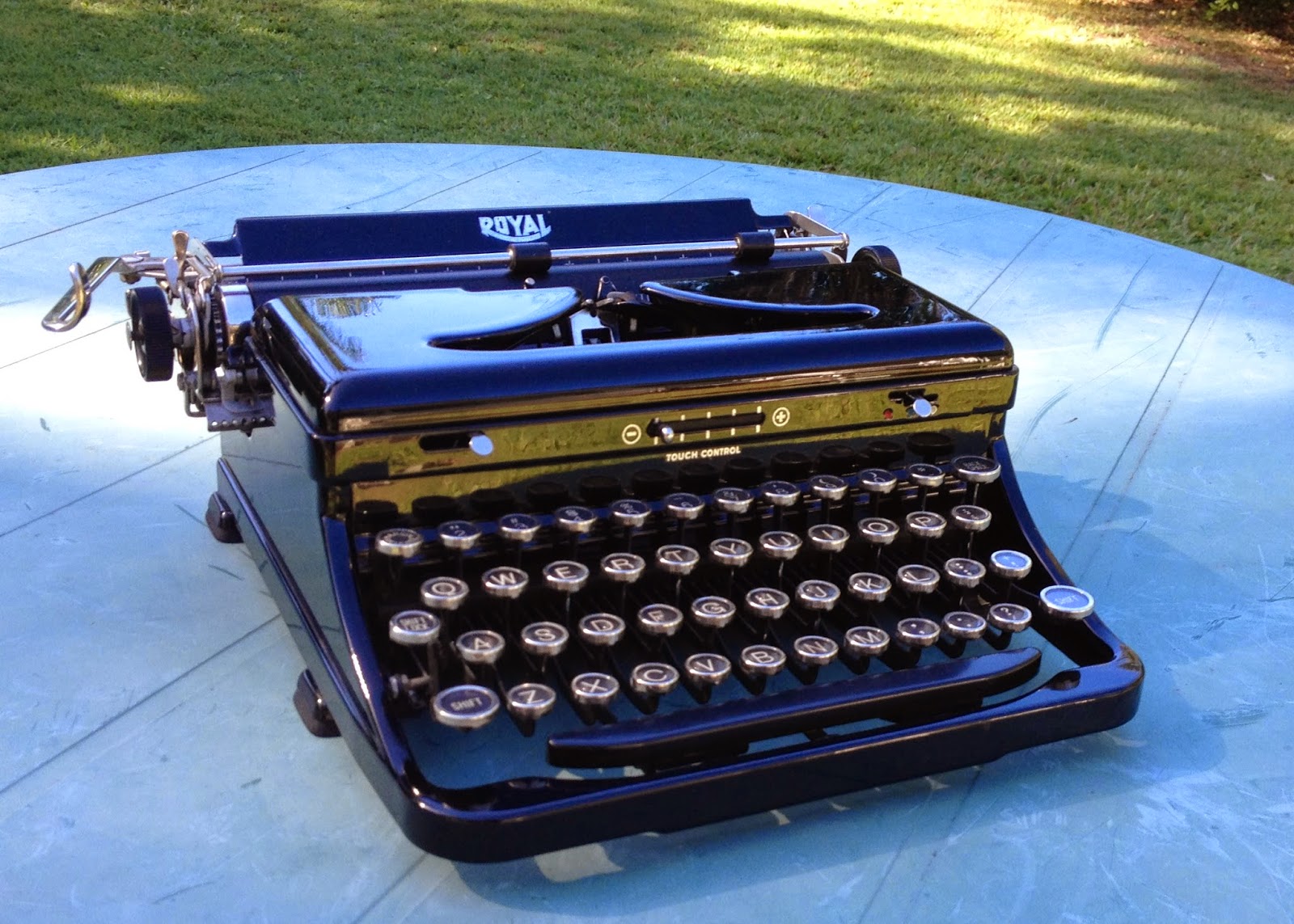 And (3) yet another painted SJ. The Impatient SJ Paintshop has been slow of late, owing to few SJ's of sufficiently chipped or poor paintwork condition (thus warranting a paint) coming available within a reasonable drive of my house. But this one didn't slip through my fingers. Matte black is somewhat of a boring choice, but it was the colour which I had the most of from previous SJ's. 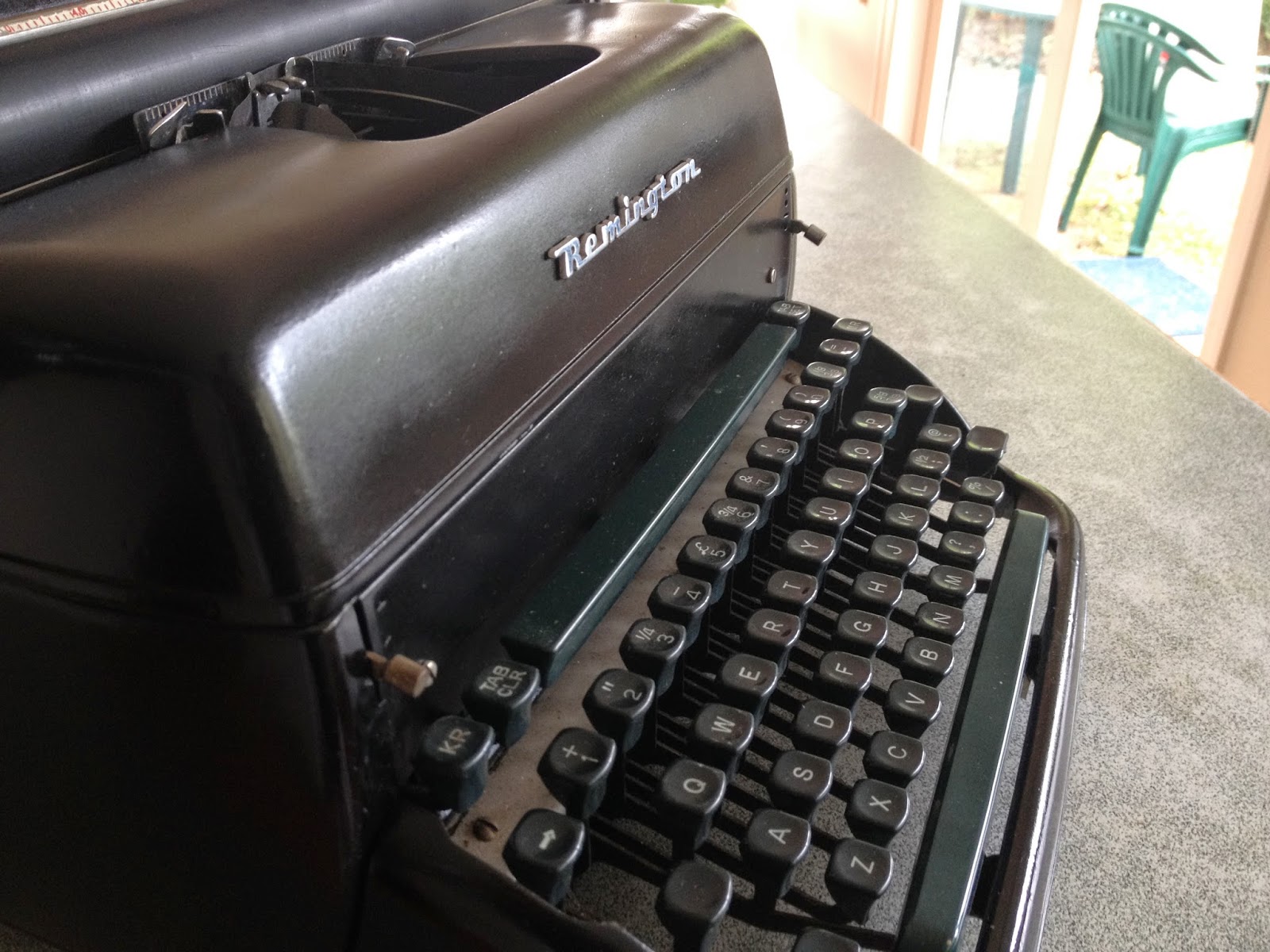 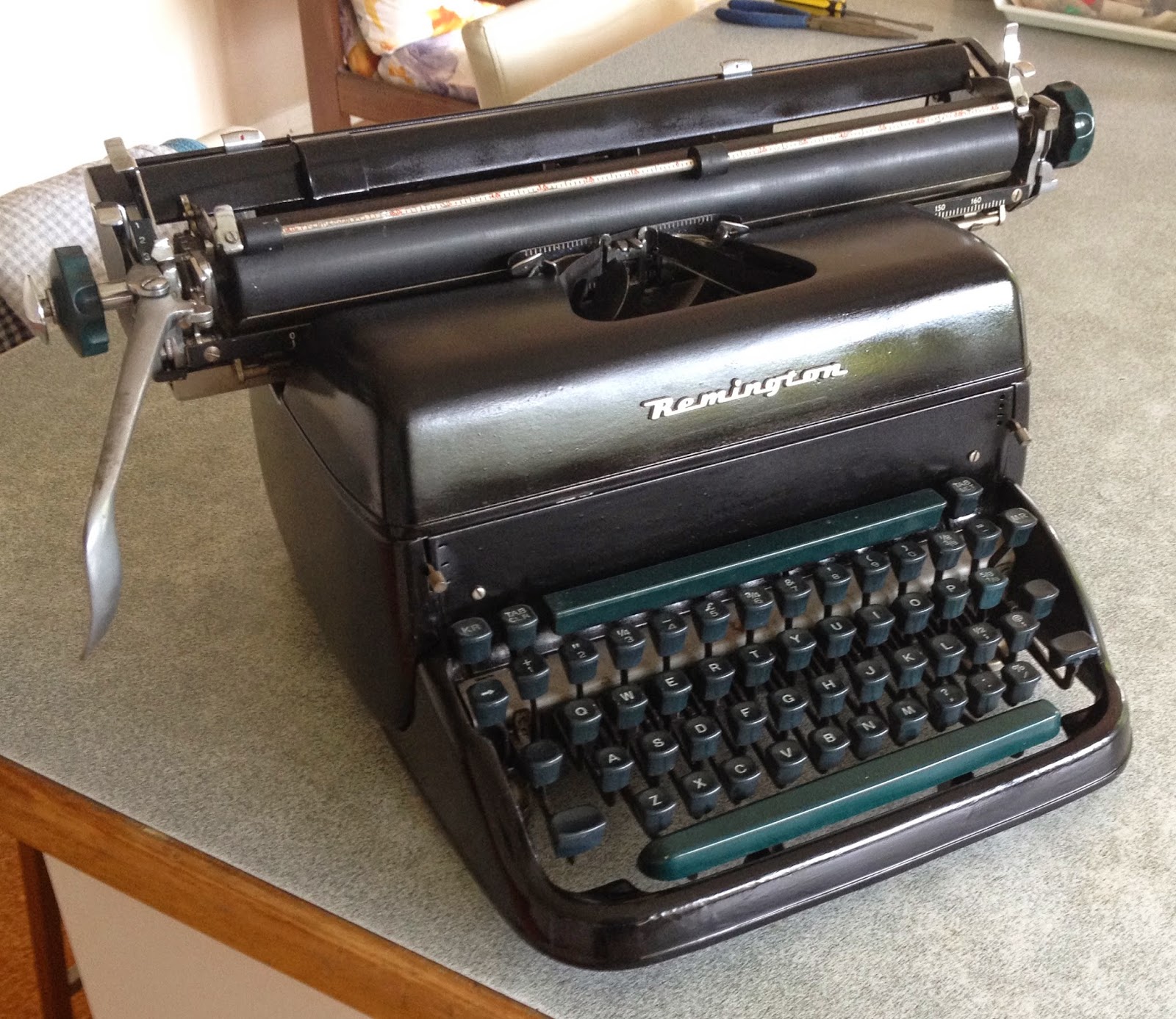 One always feels a little sad when saying goodbye to typewriters, but as a wiser person than me once said, when de-cluttering, one only needs to pick up an object and ask it: "Do you bring me joy?" If so, the object stays. If not, the object goes. For these typewriters, the answer was "you have brought me joy in the past". See the joy for me is the tinkering, the polishing, the getting them going again. Following this, if they are not one of my regular typers, they do tend to sit under the bed. I was horrified to find a reasonable amount of mould growing on the case of the Underwood which had been tucked under the bed for 6 months. This came off very easily of course, but it was a reminder that despite the huge amounts of joy I had tinkering away with it last year and getting it going like it is now, that I haven't actually used it in probably over 6 months. So in this respect it's not a sad thing, but a positive thing, as the fun has been had, the satisfaction of getting a machine going has been enjoyed and now it is time to pass it onto someone who (hopefully) will use it more than me and provide them with joy.

Typewriters- the gift (or purchased item) that keeps on giving.
Posted by Steve Snow at 08:14 8 comments: