That wouldn't have happened to a typewriter (Part 1) 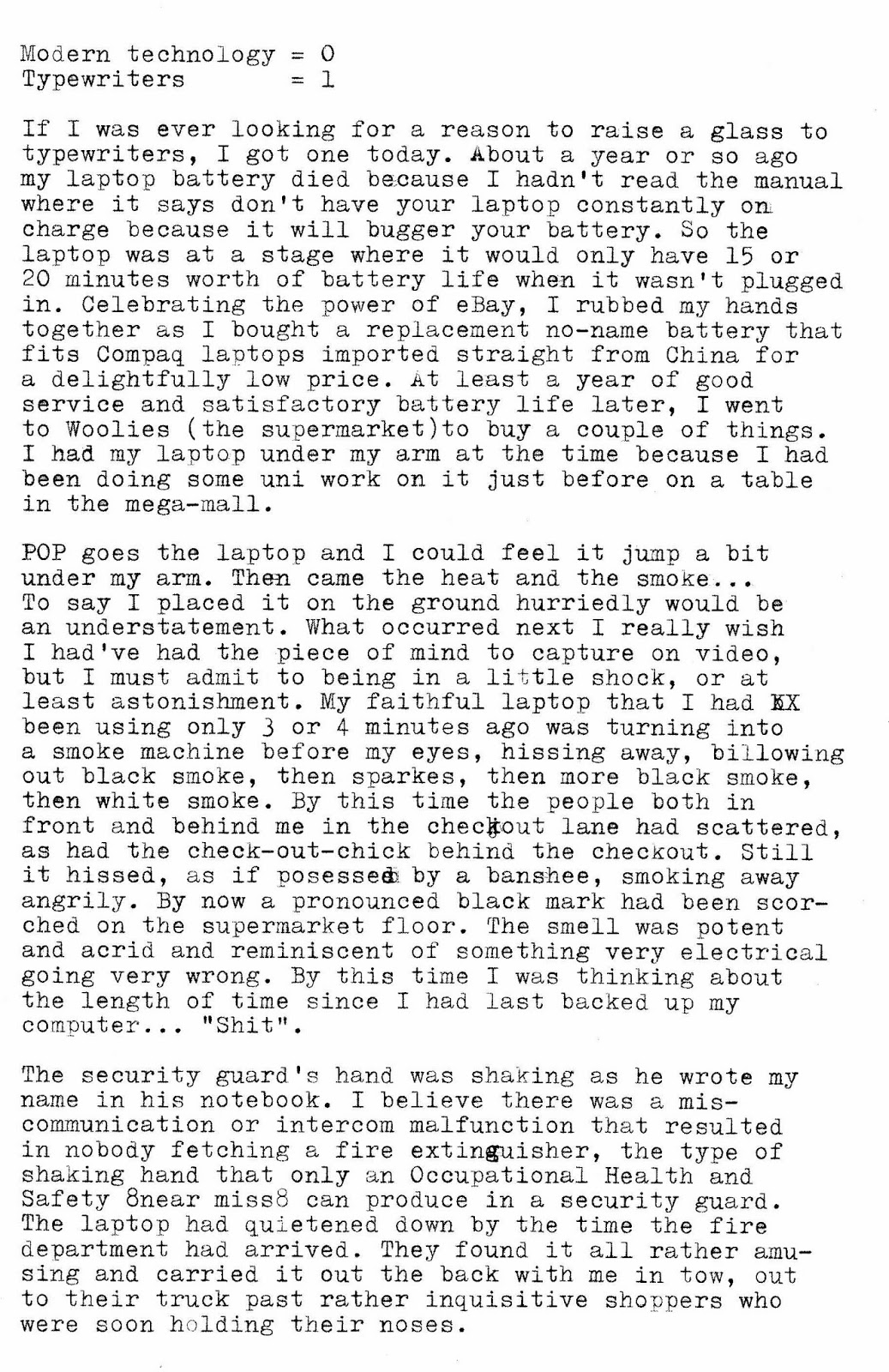 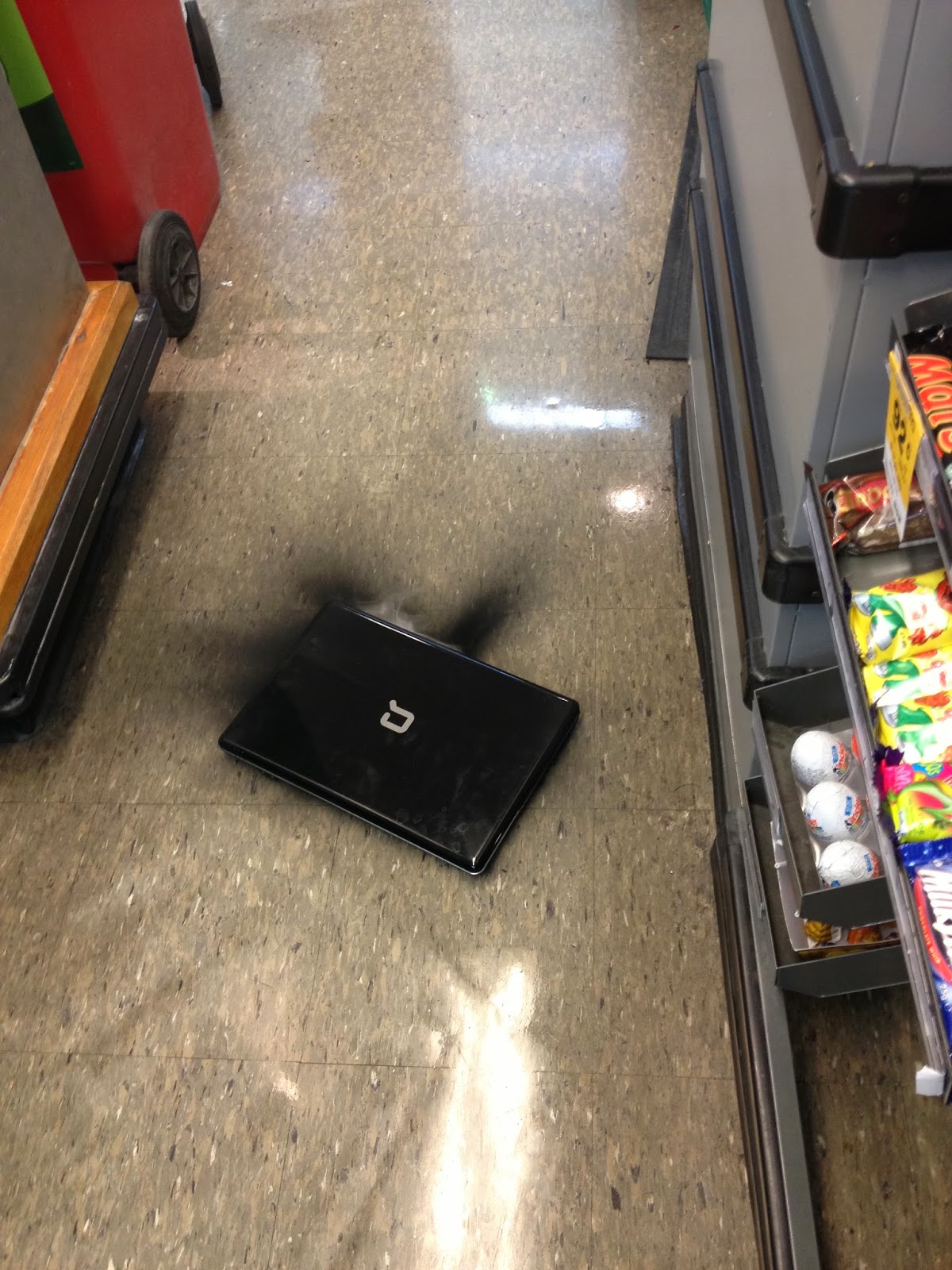 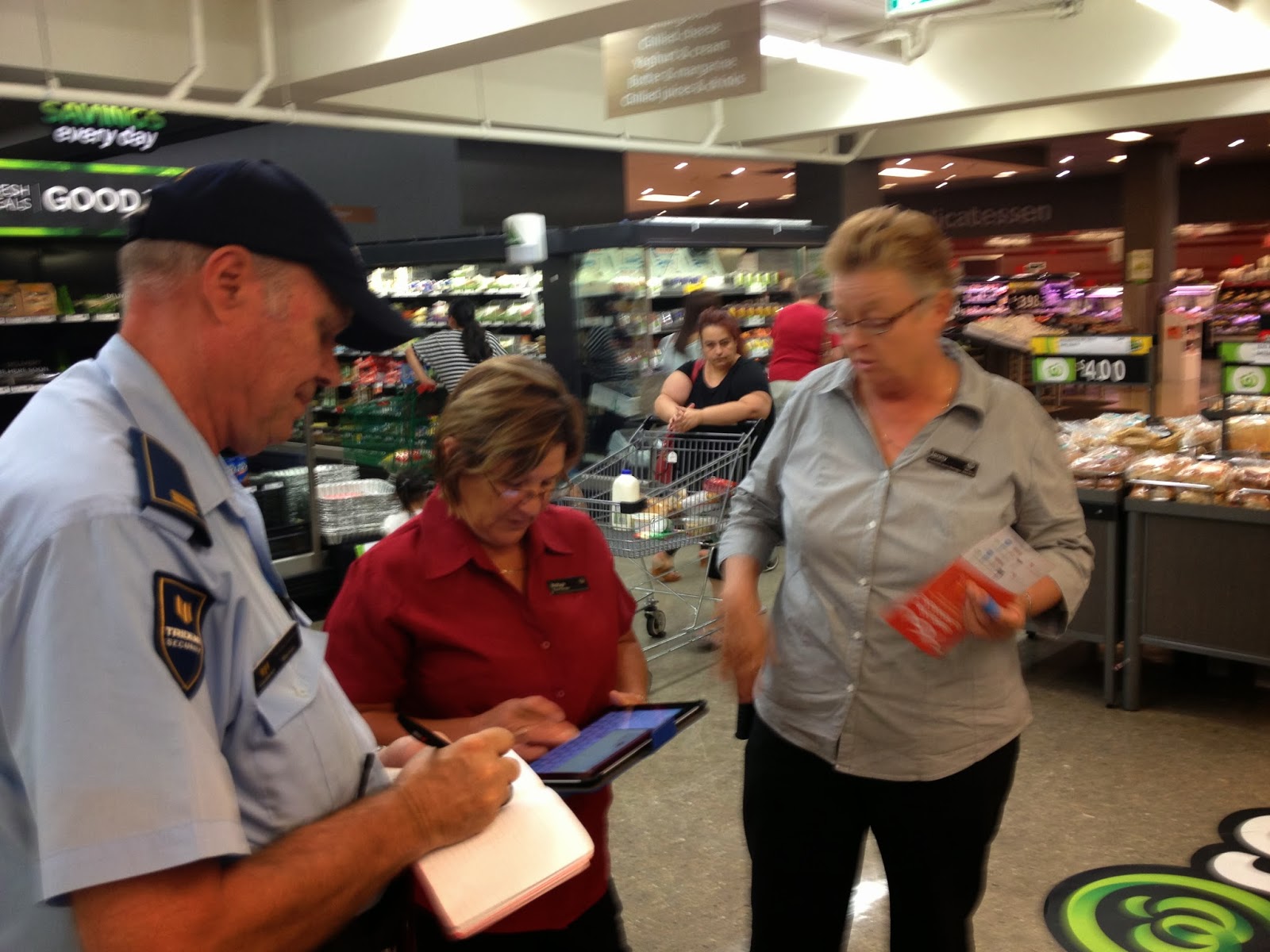 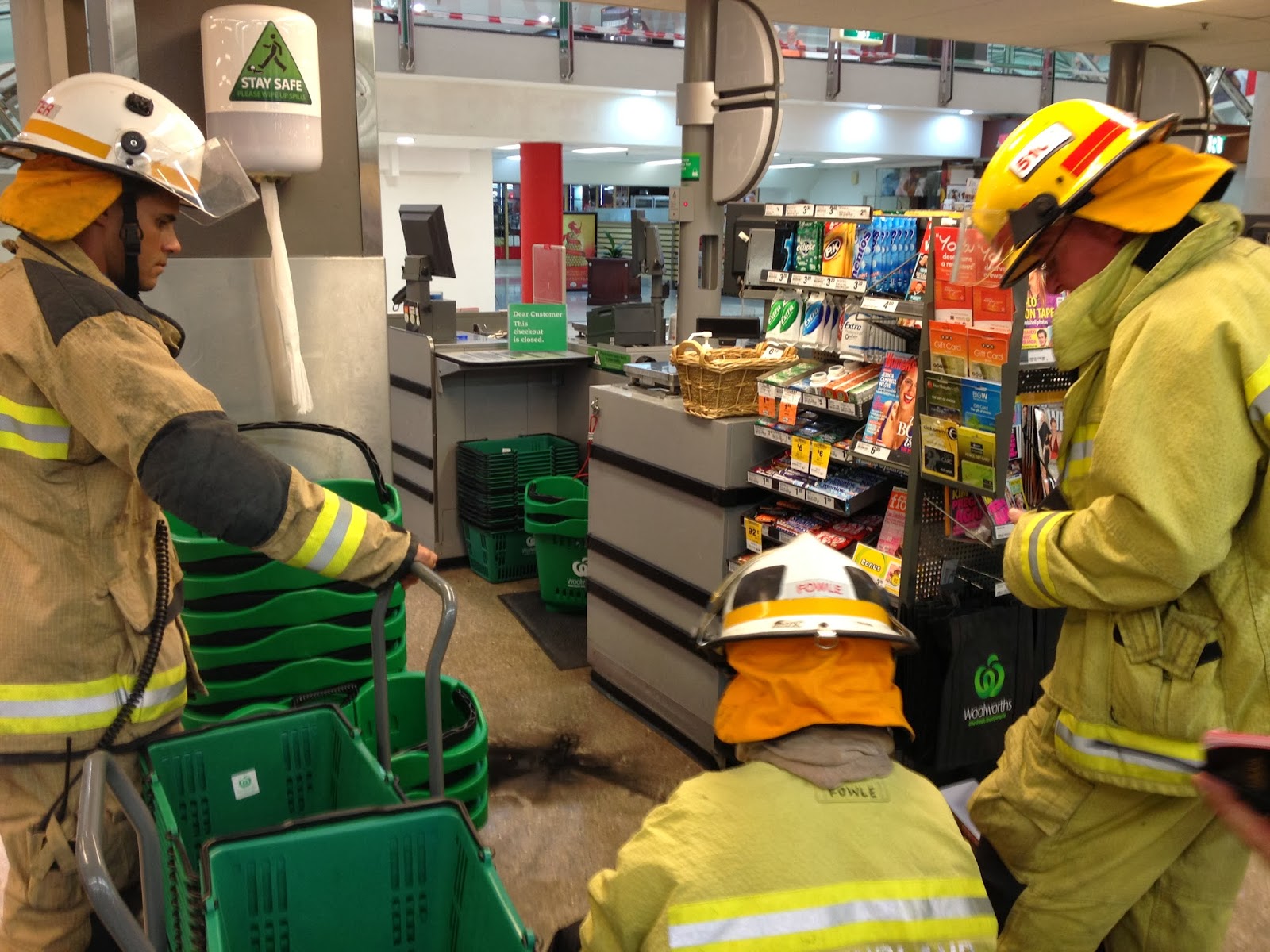 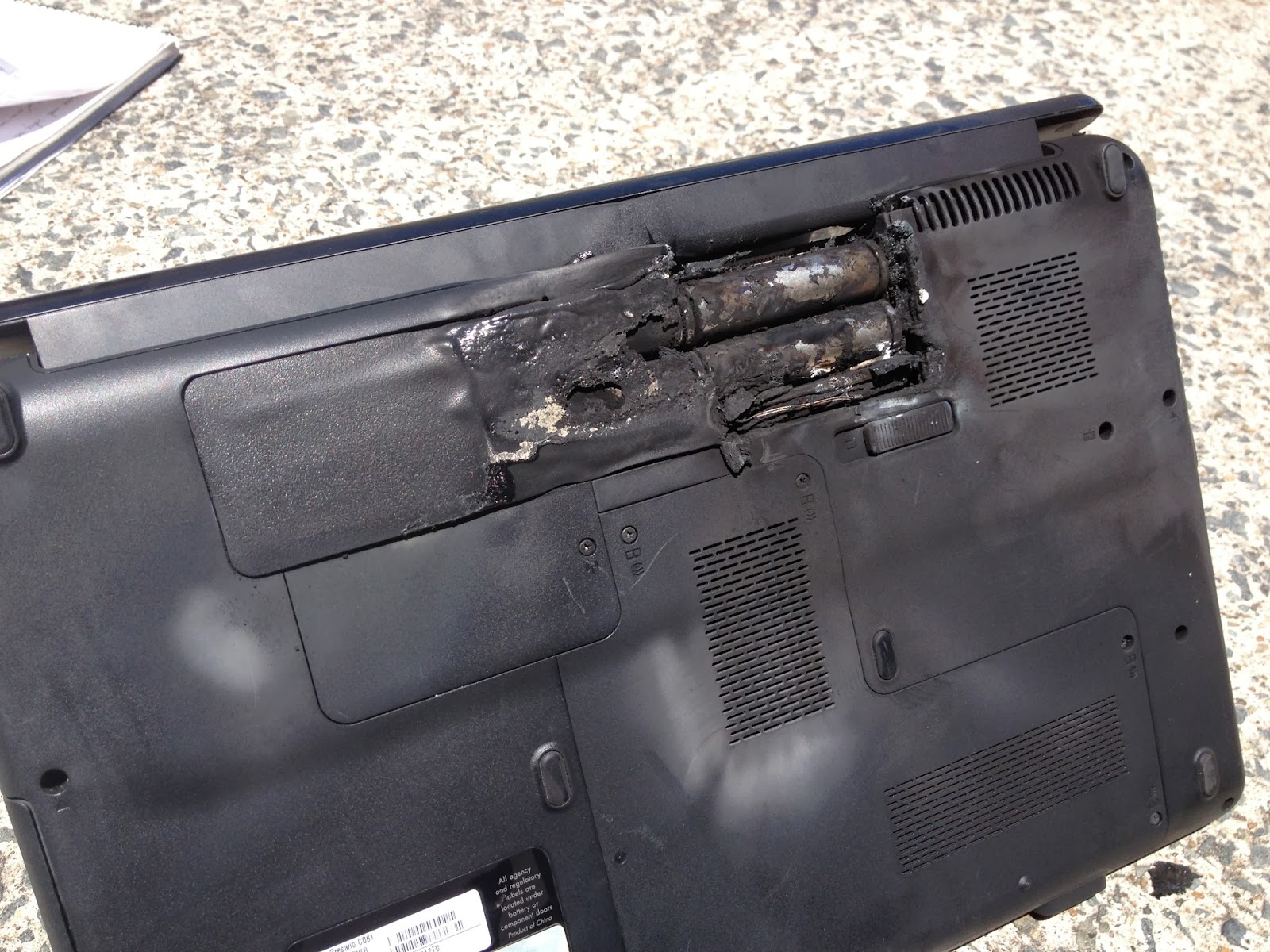 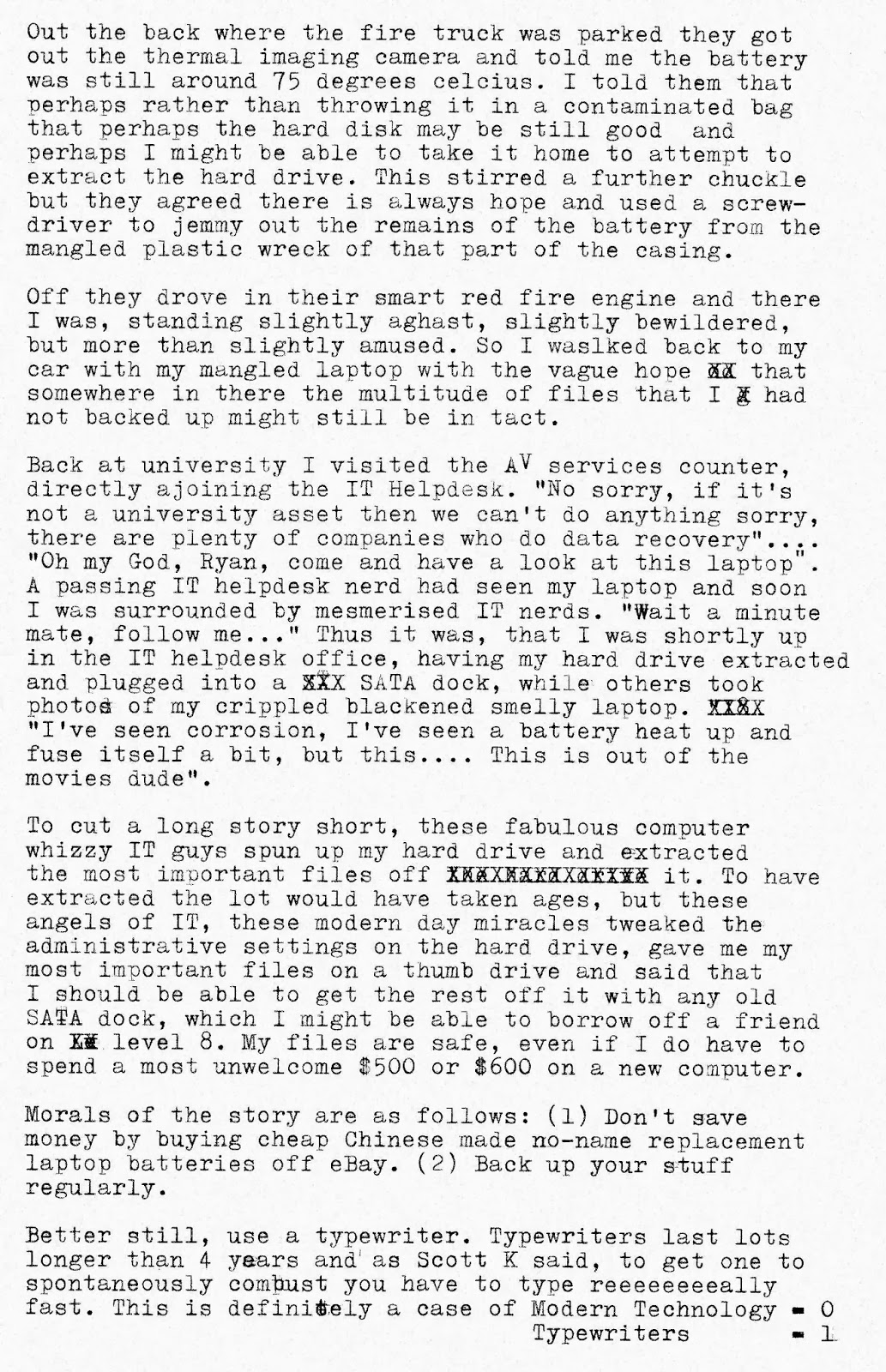 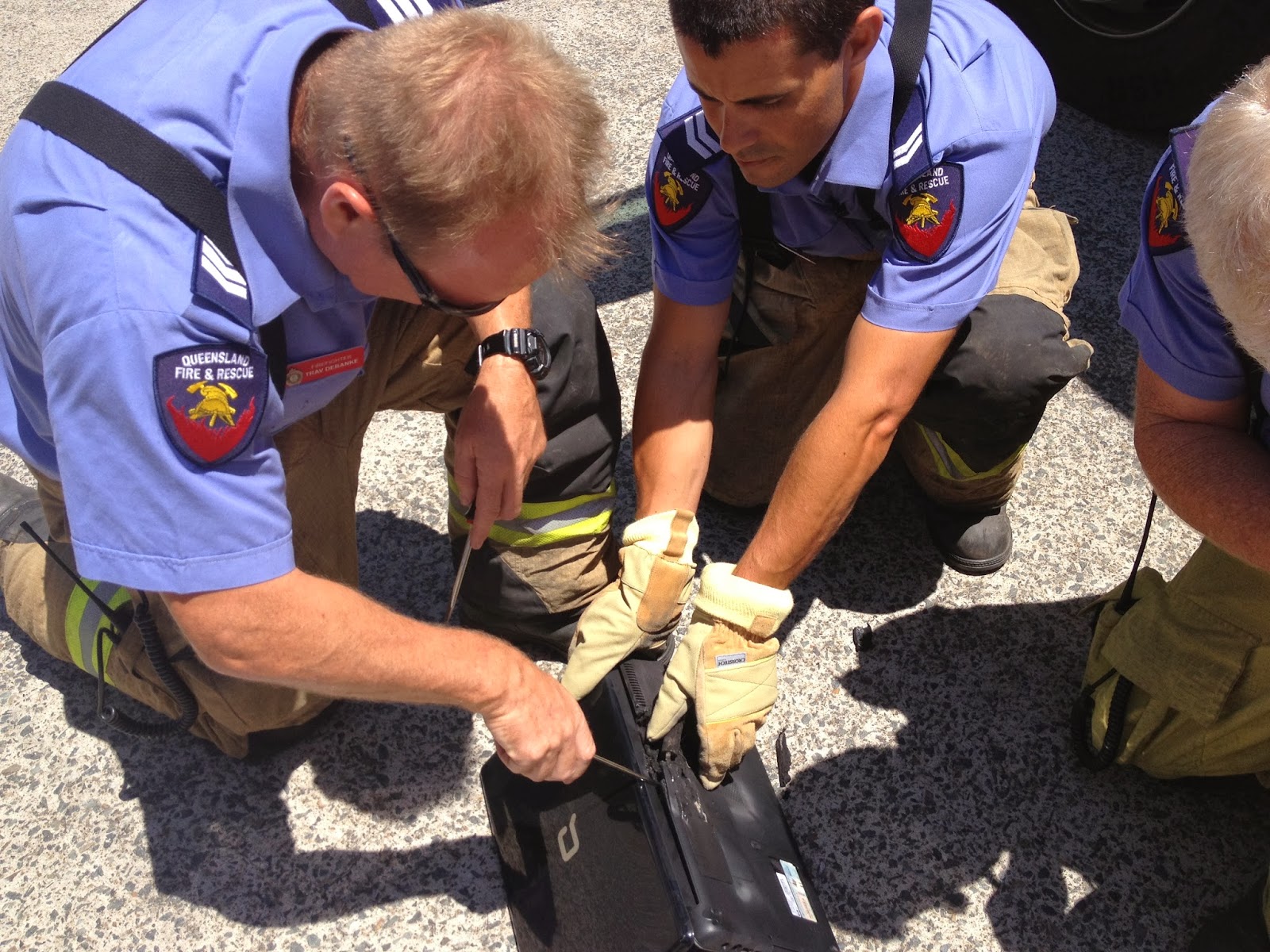 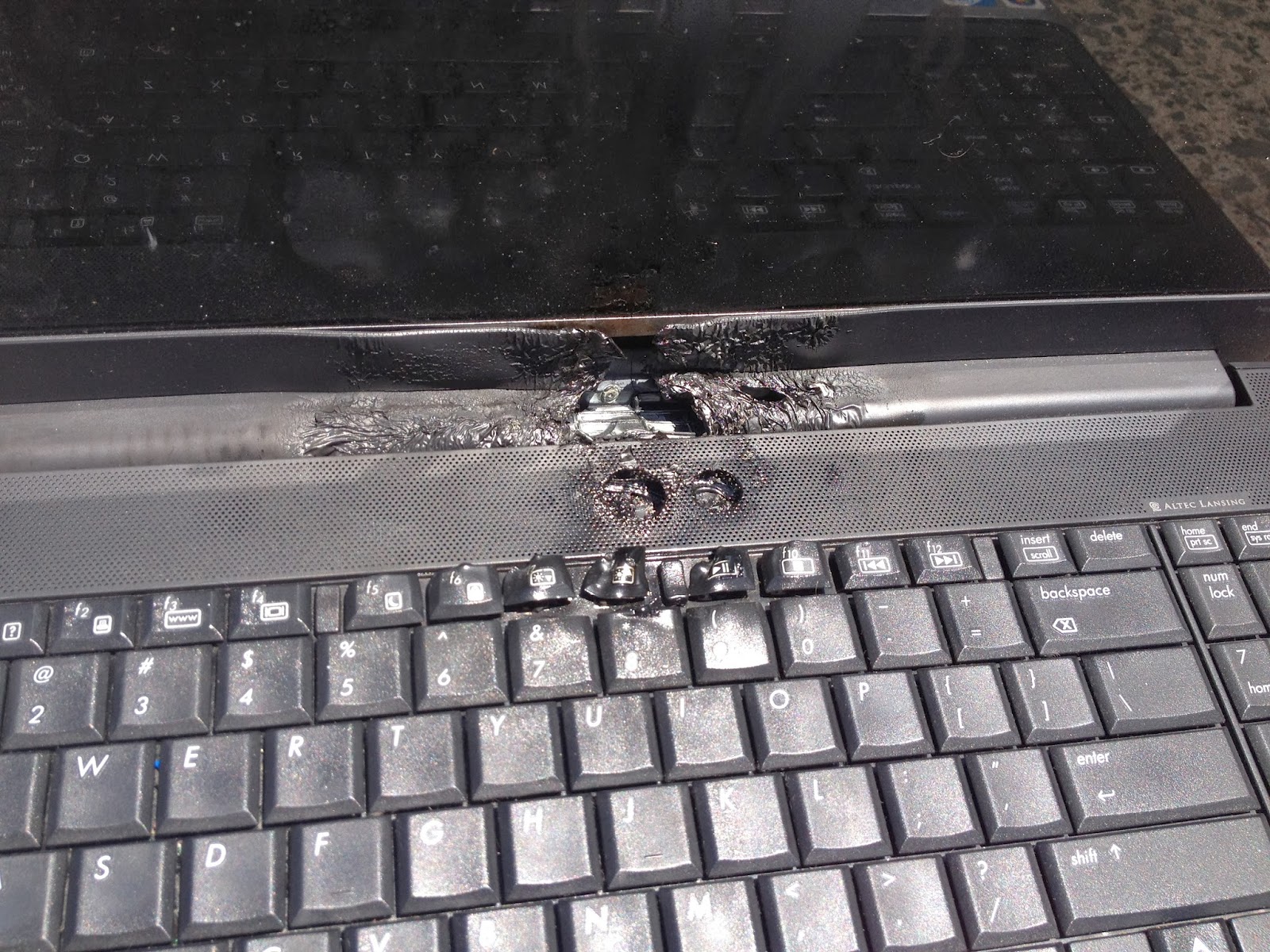 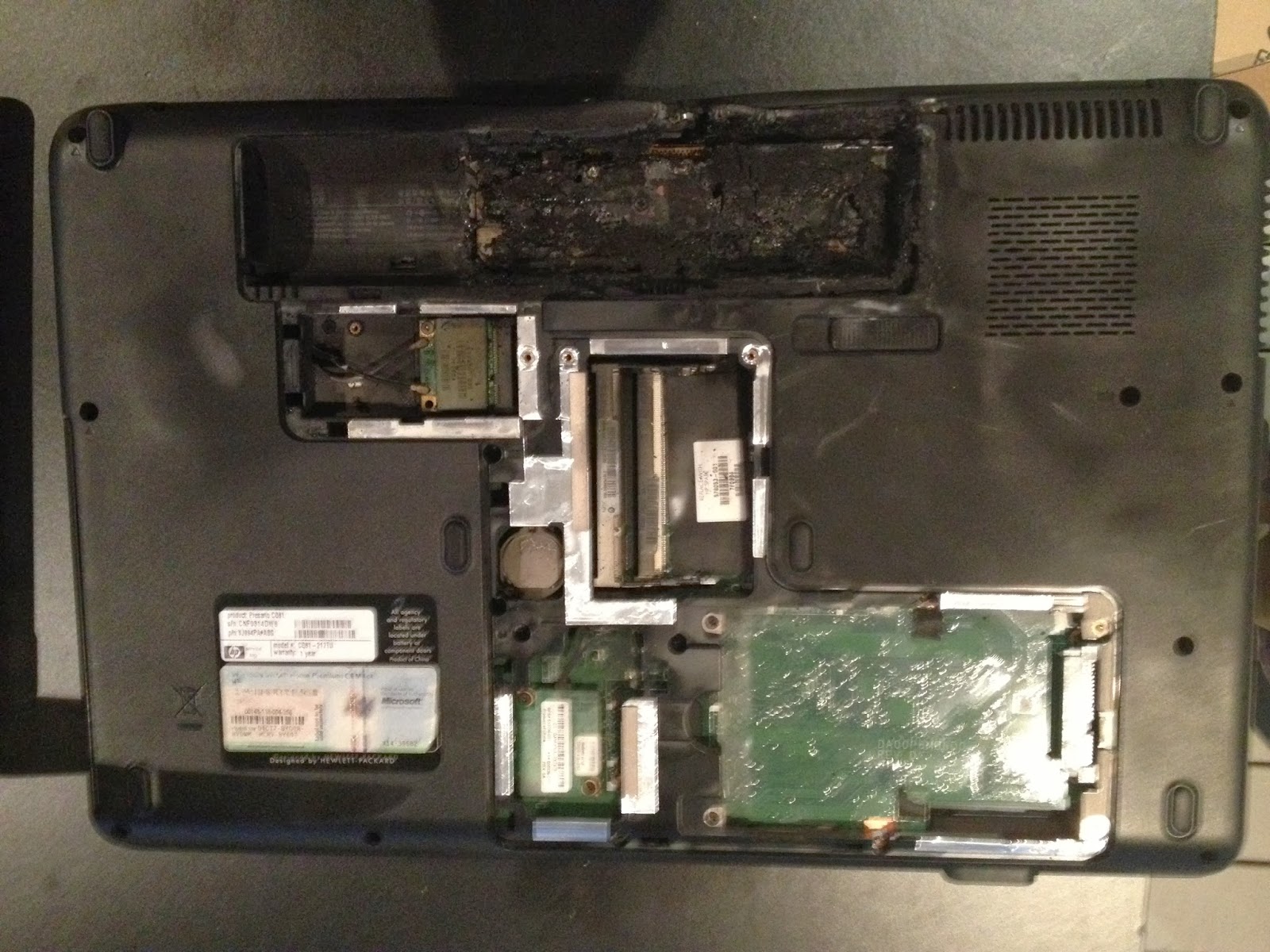 Stay tuned for the next instalment of "That wouldn't have happened to a typewriter". I already know what happens next, because it has happened already, but I'll leave that story for a future post.

Typed on my Lettera 22 (again) 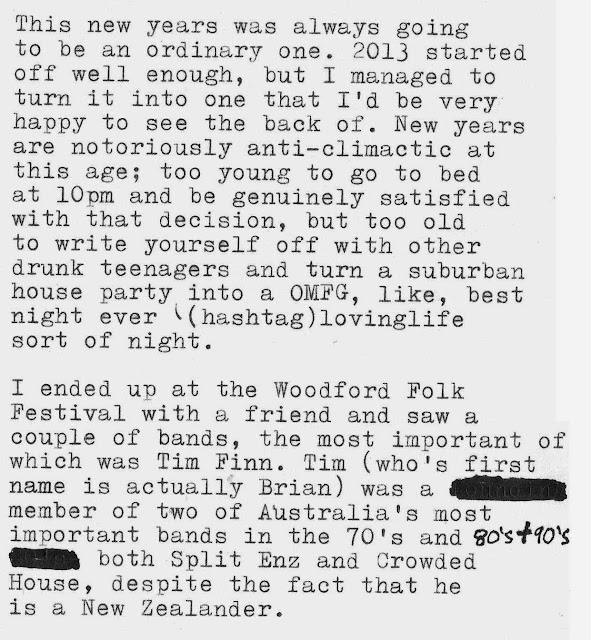 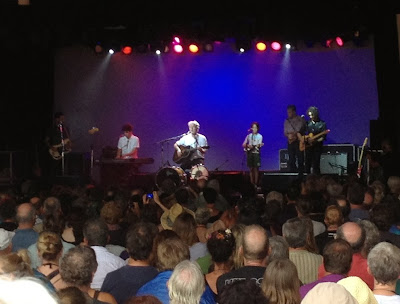 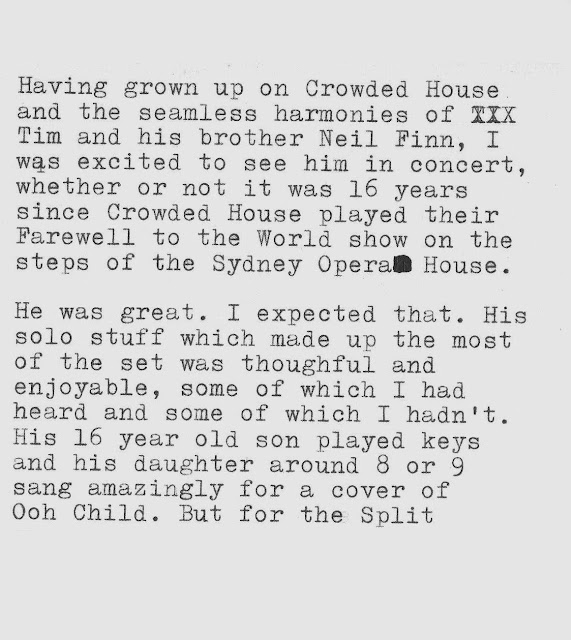 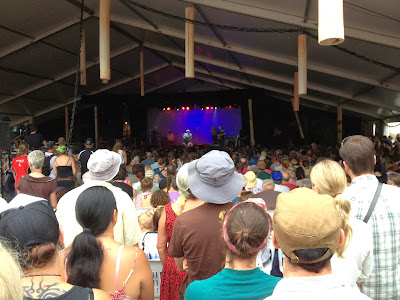 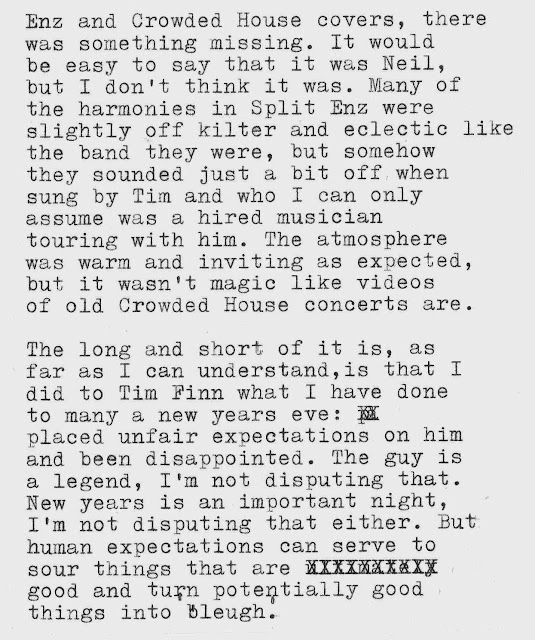 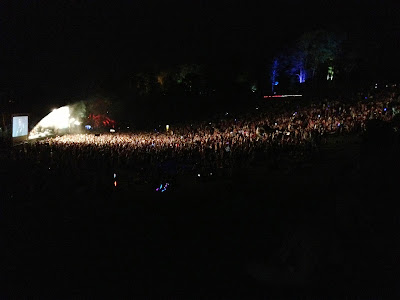 Several thousand people, pack the Woodford Amphitheatre to see in the new year 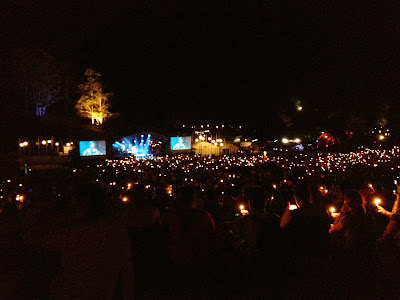 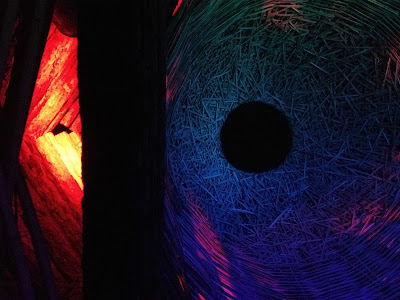 and walk under an impressive structure made largely of bamboo on their way back to the rest of the festival, looking up and hoping that they're up to the task of tackling another year.

(Typed on the trust Olivetti Lettera 22 seen in this blog's background)
Posted by Steve Snow at 12:51 7 comments: 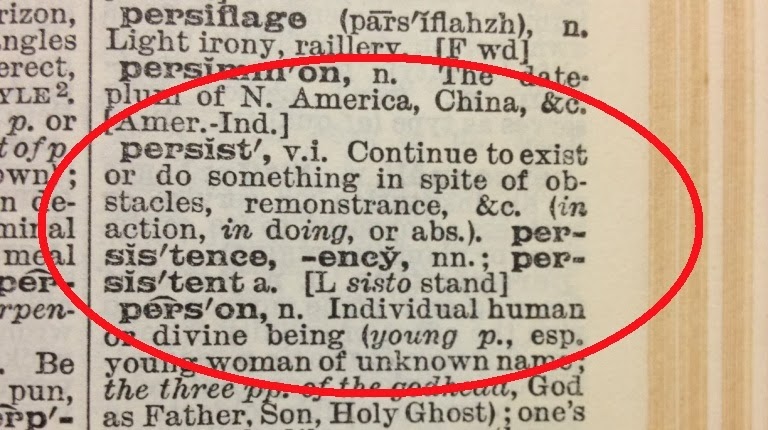 This isn’t the definition of persistence. Let me define persistence for you. The second post that I ever posted on this blog, back in March 2013, detailed an Afternoon’s Sojourn where I went antique shopping and spotted an Imperial 66 with the widest carriage I’ve ever seen. So wide, that it had little feet, akin to a crane on a building site, such that it didn't topple over. I wanted it. But it didn’t work and the price tag was an unrealistic $170. 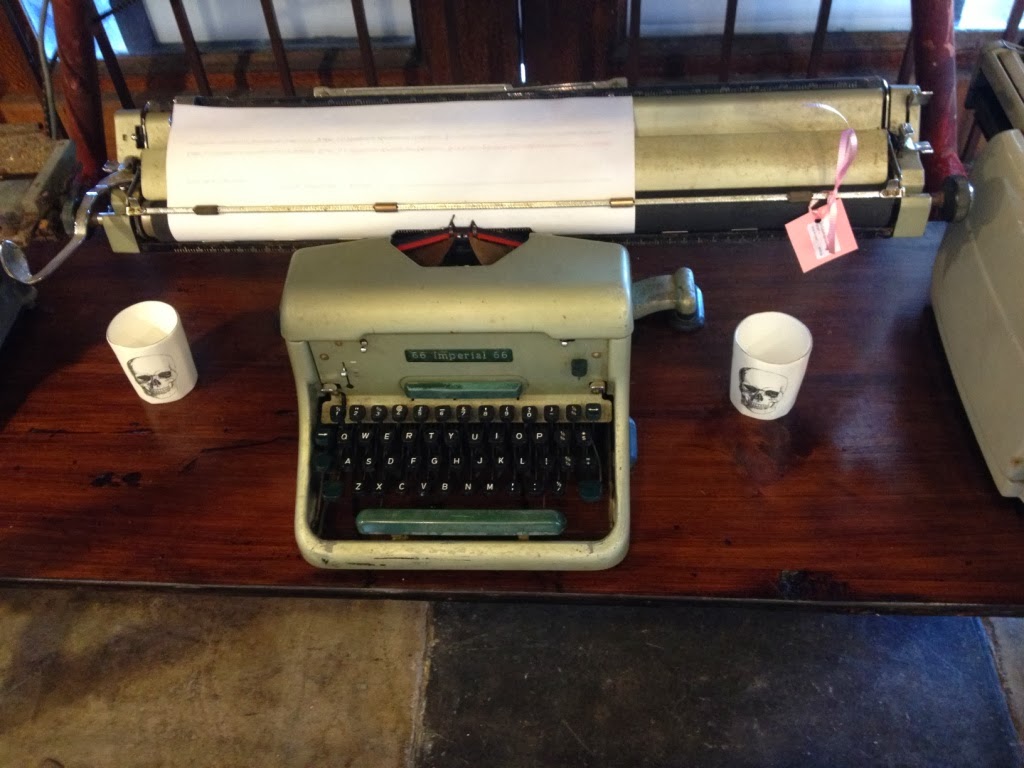 Throughout the rest of the year, by virtue of living fairly close by, I visited the Paddington Antique’s centre around 3 more times. Each time it was still there and each time I would ask whether they might consider a more realistic price for the wide carriage Imperial 66. Each time they would not. Argh! Fast forward several months to December 2013 and what should come up on eBay? Why, I’d spot that carriage a mile off! 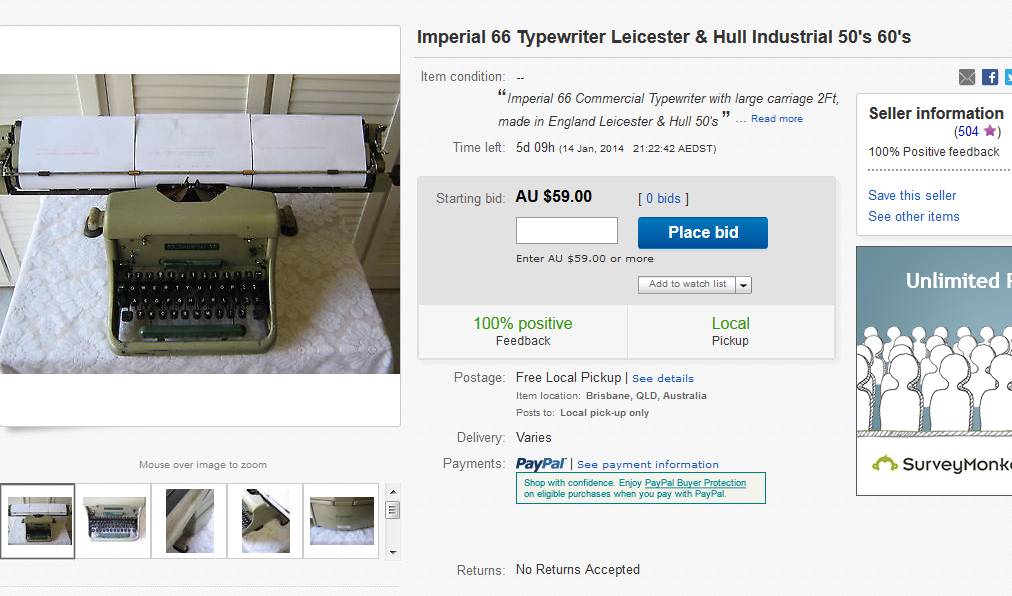 First, a week at $80; no takers, then a week at $60; no takers and now, yet again, listed for a week at $59. Still no bids yet. During the two most recent iterations of this listing I’ve enquired whether the seller may wish to accept a slightly lower price. But each time “No sorry”. Aaaaaaaargh!! Here is someone who has been doggedly trying to sell this typewriter for at least 10 months non-stop and God knows how long before I first spotted it. Despite months (possibly years) in the shop, weeks on eBay and despite lowering the price from $170 to $59, they just can’t move it. It sure doesn’t stop them trying though. THIS, dear friends, is the definition of persistence.

The worst part is that I’m worried their persistence might just pay off. In a moment of weakness I’m genuinely afraid I might swallow my pride and fork out $59 for this 15kg, two foot wide hunk of scrap metal in the vague hope of making it work, marveling at the width of its carriage for a moment, writing the widest typecast ever known to man and then eventually selling it for less than I paid for it. Typewriter droughts will do this to a man...
Posted by Steve Snow at 11:46 15 comments: